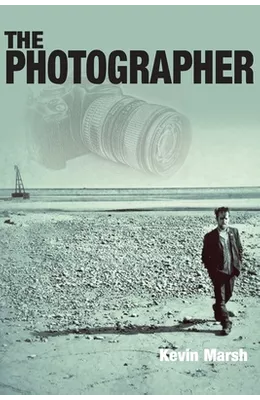 Professional photographer Matthew Cunningham returns home from a successful assignment in Paris and upon realising the loss of his camera case, he panics, not only does it contain expensive photographic equipment, but also hundreds of stored images.
Several days later, his girlfriend Libby Ellis receives an anonymous package containing both photographs of the models Matt works with and also herself.
After a meeting, Libby fails to return home and Detective Sergeant Isobel Woods begins investigating her disappearance. Struggling with internal politics and a boss intent on discrediting her, she is told to solve the case as quickly as possible. However, events take an unexpected turn.
Gradually women connected to Matt are drawn into the nightmare and DS Woods suspects his involvement. Co-operating with the police while secretly negotiating with the abductor, Matt risks incriminating himself and is left with no option but to gamble with the lives of those closest to him.
Paperback, 341 pages
Published November 30 2020 by Paragon Publishing
ISBN13 9781782228127
The Photographer is the author's sixth novel and second thriller and I've been waiting a little while for this one to be published. My copy should arrive in a few weeks from the United Kingdom so you can look forward to a review as well. In the meantime, Author, Kevin Marsh offers the reader stories that have gripping plot twists, red herrings, and usually beautiful settings i.e. Scotland, Kent, London as well as the occasional United States mention.
I am a great fan of reading detective thriller novels. Each author brings a fresh  perspective to their story. Nothing is cut and dry. What I enjoy about Kevin Marsh's writing is how his characters are identifiable; living normal lives, dealing with career struggles, family struggles, dating, marriages, etc. I find his writing so refreshing; he writes with such a detailed perspective, his phrasing is uncomplicated and he is not long winded!  He knows how to keep the tension coming and his sense of humor always comes through. Even when he writes his female victims they are not weak minded but show an inner strength and determination to survive.  There is a realism to his writing and characters that I don't usually find elsewhere.
Author Biography
Kevin Marsh was born in Canterbury in 1961. He lived and went to school there attending the Technical College, (now Canterbury College), as an apprentice sheet metal worker. During his five years of training he worked in a small local company with his father and brother. In 1981 he was married and moved to Whitstable, (his father's home town).His first novel, The Belgae Torc was launched on 30th June 2012 with his second book, The Witness, a psychological thriller, being published in March 2013. The Gordian Knot was published the following year with Cutting the Gordian Knot (The Final Solution) in July 2016. The Belgae Torc, The Gordian Knot and Cutting the Gordian Knot are known as The Torc Trilogy and are available as a set. These action adventure historical/modern day novels are quite different from his other books.The Cellist, a thriller containing characters borrowed from the Witness came along in 2017 and there are two more novels in this series yet to be published.Whilst holidaying in France a few years ago Kevin and his wife Maria decided to give up working full time, sell their house and move to the beautiful Kent countryside. Kevin now spends his time writing novels and learning to read music whilst occasionally teaching when required.For more information check out his website:-
Kevin Marsh novels
If you live in the United Kingdom and Europe,
Amazon UK
- December 04, 2020

Email ThisBlogThis!Share to TwitterShare to FacebookShare to Pinterest
Labels: Kevin Marsh, The Photographer

What a fantastic review. Thank you for your kind words and in depth look at my book The Photographer. It is always a thrill to get reviews, especially such intelligent and well balanced thoughts like this. It makes my work worth while when a reader engages in a conversation to discuss characters and the plot. Thank you so much for both, your suggestions and comments mean a great deal.