Showing posts from April, 2012
Show all

William Morris A Life For Our Time by Fiona MacCarthy: A Review 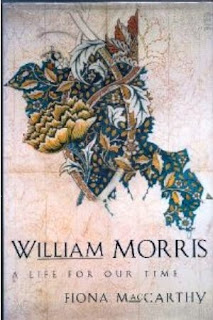 Product Details Hardcover: 780 pages Publisher: Knopf (September 26, 1995) Language: English ISBN-10: 0394585313  Synopsis: Since his death in 1896, William Morris has come to be regarded as one of the giants of the nineteenth century. But his genius was so many-sided and so profound that its full extent has rarely been grasped. Many people may find it hard to believe that the greatest English designer of his time, possibly of all time, could also be internationally renowned as a founder of the socialist movement, and could have been ranked as a poet together with Tennyson and Browning. With penetrating insight, Fiona MacCarthy has managed to encompass all the different facets of Morris's complex character, shedding light on his immense creative powers as artist and designer of furniture, fabrics, wallpaper, stained glass, tapestry and books, and as a poet, novelist and translator; his psychology and his emotional life; his frenetic activities as polem
5 comments
Read more
More posts