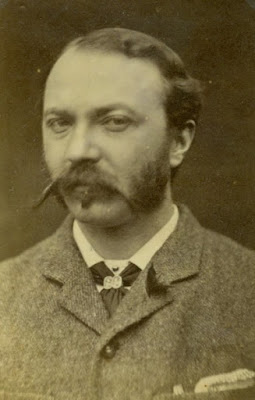 Robert Wiedeman Barrett Browning (1849-1912) the only son of married poets Elizabeth Barrett Browning and Robert Browning was born in Florence, Italy at their home Casa Guidi on March 9, 1849. This was Elizabeth Barrett Browning's fourth pregnancy after suffering three miscarriages. She attributed this successful pregnancy to the fact that she stopped using laudanum prescribed for her illness. Undiagnosed during her lifetime with such symptoms and complaints as: body weakness, heart palpatations, cannot handle heat and cold and general exhaustion. Today she would be diagnosed with (HKPP) known as hypokalemic periodic paralysis. A muscle disorder where potassium becomes trapped in muscle cells causing blood levels of potassium to fall. 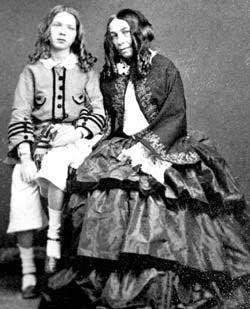 She said of her son, "he's so fat and rosy and strong that almost I am sceptical of his being my child."

Named after his father, "Wiedeman" was their sons paternal grandmother's maiden name. If only she'd known of her grandsons birth. Although the baby was born one week prior to her death, word did not reach her in time. This was something that plagued Robert Browning terribly. The Browning's named their son in part in her memory. Baby Barrett Browning was nicknamed 'Pen' which I incorrectly assumed was related to poetry.

Once again according to Elizabeth Barrett Browning,

"The baby tried pronouncing 'Wiedeman which came out sounding like 'Penini' or 'Pen'."

The name stuck with him throughout his life. 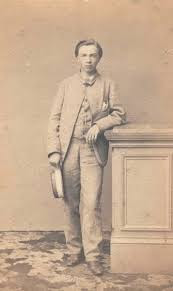 Pen was educated at home, traveling with family between France and England but staying mainly between Florence, Siena, and Rome, Italy. His mother exposed him to various types of art and dressed him in a rather androgynous style until he was at least ten years old. Victorians dressed their boys in velvet, lace, with hair in long curls but usually not after the age of five years old. The Tennyson's did the same with their two sons going against convention. Robert Browning disagreed with this style and after Elizabeth died in 1861, when Pen was twelve years old, he was taken for a haircut and dressed in proper boys clothing. 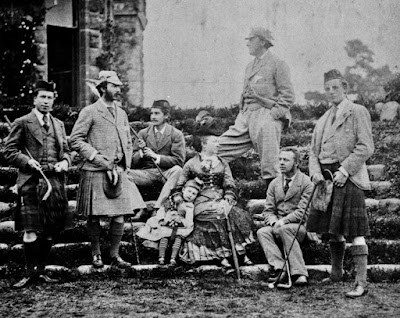 After the death of Robert's beloved wife and because of the enormous depth of his grief, he and Pen returned to London. He said staying in Italy was too painful without her.  Although Pen entered Christ Church College, Oxford, he didn't pass his exams. He seemed not to possess his parents drive. He lacked ambition and purpose until a friend of his parents; Pre-Raphaelite painter, John Everett Millais told him that he had a talent for sculpture and painting. Afterwards, Pen went on to study in Paris with Auguste Rodin and in Antwerp, Belgium with Jean-Arnold Heyermans. 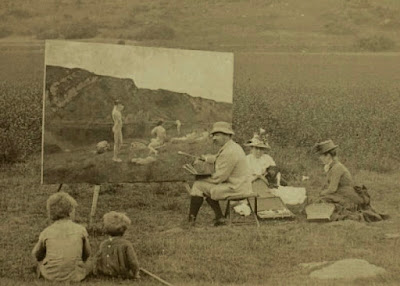 He never became part of the British art establishment because he enjoyed painting voluptuous female nudes on very large canvases which offended the sensibilities of the prudish Victorians. 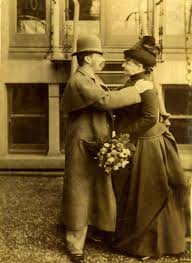 Pen married the daughter of a wealthy metal merchant, Fannie Coddington (1853-1935) on October 4, 1887. They lived together in Italy at Palazzo Rezzonico on the grand canal in Venice for two years until the death of his father, Robert Browning in 1889. Sadly, their marriage was no love story. After Fannie found out about her husband's mistress, they led separate lives but never divorced. The marriage was childless. He gave up his career as an artist and continued to paint for the pure love of it. He painted three portaits of his poet father as well as landscape paintings. Oddly enough, his female nude paintings have never turned up anywhere. 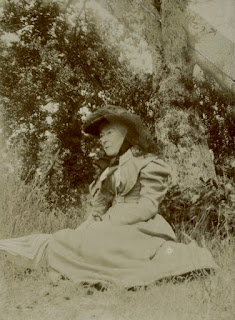 Pen Browning remained loyal to the old servants who cared for him as a child as well as looking after his Aunt Sarianna Browning. They all lived with him in Asolo, Italy where he lived out his remaining days. He passed away of a heart attack on July 8, 1912. He was buried in the local cemetery. Leaving no will or descendants, his estranged wife, Fannie Browning along with sixteen Barrett cousins, on his mother's side claimed his estate which was not left in good order.  The rest of his possessions were sold at auction during a six day sale at Sotheby's in London in 1913. Fannie then had her estranged husband's body removed from the cemetery in Asolo, Italy, and reburied in the new Protestant cemetery in Florence, Italy, next to his mother and poetess Elizabeth Barrett Browning. Sadly, husband Robert Browning is buried in Westminster Abbey. Fannie Browning is buried in England.

Moray Urqhhart said…
Thank you so very much for your most interesting article - complete with pictures - on the Browning's son! I was enthralled!!! Neil M U Phelps
June 18, 2022 at 8:08 PM