Showing posts from August, 2012
Show all

Heretic Queen: Queen Elizabeth I And The Wars Of Religion by Susan Ronald: Reviewed By Kimberly Eve 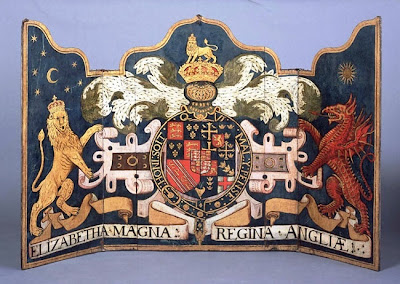 Royal Arms of Elizabeth I, Royal Museums Greenwich Heretic Queen covers the reign of Queen Elizabeth I (1558-1603). It is broken up into four parts as you would find reading a play.   Each part covers 10-20 year intervals where vital religious, political and historical events take place during Elizabeth’s reign.   In addition, quotes are used as well as document sources provided sometimes as footnotes and other times as supportive evidence.   As expected this is not a biography of a queen nor is it a romance or love story. Instead, Heretic Queen details vividly the Wars of Religion dominated by France, Spain and England during the sixteenth century.   At the back of the book you will find an extensive Notes section with source books listed as well as a Bibliography section detailing which sources were State Paper and Manuscripts, Rare Books, Books and Articles.   I mustn’t forget the Author’s Note at the beginning and a Prologue pre-dating the Wars of Religion and ev
2 comments
Read more

Burne-Jones: The Legend of the Briar Rose inspired by the romantic story of Sleeping Beauty 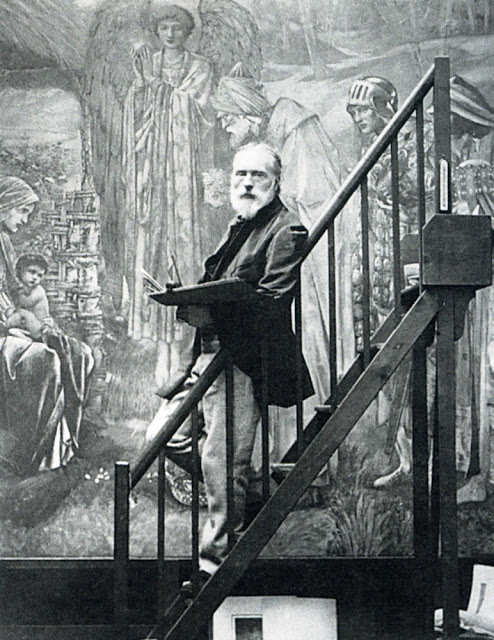 Edward Burne-Jones  (1833-1898) Burne-Jones in front of his Star of Bethlehem 1890 Photograph, 1890, Private collection If I had to choose my favorite Burne-Jones painting it would be his Briar Rose series. I fell in love with them instantaneously -- love at first sight. After reading Thomas Malory's Le Morte d'Arthur alteast ten years ago now. I began to get curious, as I always do, wanting to know more about the history, the story etc. So, I went to my college library computer and did a search for Arthurian themed paintings and Burne-Jones' world appeared before me. Deliriously, my eyes scanned glorious beauty after beauty but the paintings that made me gasp out loud and sigh with wonderment were The Briar Rose series.  In the back of my mind I always wanted to find out what was his inspiration behind painting this series; besides, being requested to do so by the patron at the time  Alexander Henderson, who later became the 1st Lord Faringdon. Henderson
9 comments
Read more
More posts