My Review of In The Lion's Court: Power, Ambition and Sudden Death in the Reign of Henry VIII - A Study in Political Intrigue By Derek Wilson 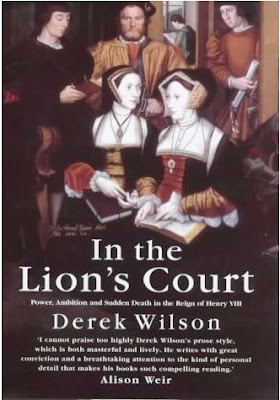 ‘You often boast to me that you have the king’s ear and often have fun with him, freely and according to your whims. This is like having fun with tamed lions – often it is harmless, but just as often there is fear of harm. Often he roars in rage for no known reason, and suddenly the fun becomes fatal.’ Thomas More

For anyone endeavoring to understand the reign of Henry VIII, King of England, and or the man Henry Tudor himself, the focus has been to turn to his infamous six wives for the answer. However, writer and novelist, Derek Wilson gives us the answers through the eyes of the Six Thomases’ orbiting around the man himself:  Thomas Wolsey, Thomas More, Thomas Cromwell, Thomas Howard, Thomas Wriothesley and Thomas Cranmer.

Between 1509 and 1547, these six men were the most closely involved with the governing king of the empire of England. Thomas Wolsey was an accused traitor finding himself on the way to the block when a kinder death took him.  Thomas More and Thomas Cromwell  could not have had more varying policies, convictions and could not have been more different.  They had one thing in common though; they were both to perish by headman’s axe.  Thomas Howard, Duke of Norfolk, would have been beheaded if it were not for the death of Henry VIII bringing an eleventh hour reprieve. Thomas Wriothesley, Earl of Southampton, and Thomas Cranmer, Archbishop of Canterbury, outlived Henry VIII but died due to a faction war of ambitions and ideologies which went on until 1547. After a failed coup, Wriothesley succumbed to what was either poison of body or mind. Thomas Cranmer went to the stake as a heretic at Mary Tudor’s insistence; she truly turned out to be a chip off the old block (pardon the pun).

A very honorable mention goes to perhaps one of the most important of Henry’s men; a German painter of the divine nature, Hans Holbein. Hans etched, engraved, sketched and painted the men and women who populated the corridors of Greenwich and Whitehall Palace, leaving a legacy and a glimpse into the Tudor world.

‘In the Lions Court’ also covers the splendor of the Field of Cloth of Gold, the struggle for the royal dispensation, the dissolution of the monastaries which turned out to be history’s largest single act of nationalism, the Pilgrimage of Grace which almost toppled the throne.  Also,the sudden ending of Thomas Cromwell, a man who made his ruler the richest in Christendom.

Derek Wilson provides his readers with a huge cast: six protagonists, Henry and his wives, along with various other minor players in this Tudor drama. Overall, it is an interesting historical biography where trying to keep the Thomases’ straight might just be the only confusing factor to this glorious read.


For more information about the author, Derek Wilson 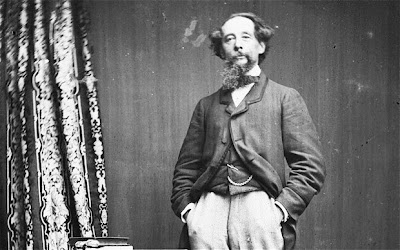 IN CELEBRATION OF THE 200TH BIRTHDAY OF CHARLES DICKENS there are two exhibits currently taking place in England. I would like to share the details here with you. 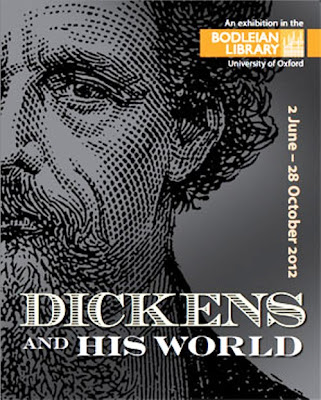 The Bodleian Summer exhibition celebrates the bicentenary of Charles Dickens. It explores the relationship between the fictional worlds Dickens created in his novels and the historical
reality in which he lived. Drawing on the Bodleian’s unparalleled collection of printed ephemera, the Dickens and his World exhibition depicts in a unique way the life and times in which the novels and stories of this great writer were set. On display will be playbills, advertisements, murder sheets, maps, panoramas, sheet music, playing cards and prints which will aim to recreate Dickens’s world and take the visitors on a journey back to his time. These items will be accompanied by quotations from Dickens’s novels, thus revealing how the historical reality of the Victorian times is mirrored in his writings. There will be sections on Victorian London and its amusements; the coming of the railways; domestic entertainment; and school life for children. The exhibition will also look at the many stage adaptations that were often performed before the novels had completed their serialization and the plays Dickens produced and acted in, sometimes privately.

• the earliest surviving letter
of Dickens, written to a
schoolfellow when he was
thirteen or fourteen (on
loan from Charles Dickens
Museum)

• advertisement for ‘farewell
readings’ by Dickens, 1870.
This was his final tour
before he died in June 1870

Portrait from the Illustrated
London News, 1870

Dickens and His World is at the University of Oxford, Bodleian Libraries

The Beautiful Watts Gallery in Surrey 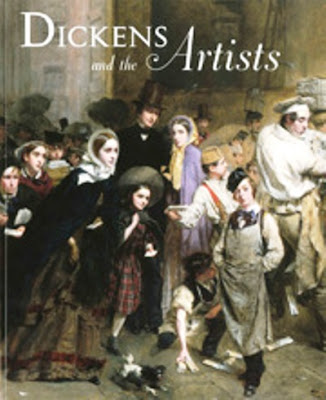 Dickens and the Artists will explore the significant connection between Charles Dickens and visual art. A remarkably visual writer, Dickens grew out of a tradition where illustration formed a significant part of both serial and book. He admired artists, probably more than his fellow writers, and had long and close friendships with several, including Clarkson Stanfield, Daniel Maclise, Frank Stone and William Powell Frith. Dickens was interested in both contemporary artists and the art of the old masters which he viewed and commented on in his tours of Europe. The influence of Dickens was widespread and many artists chose to depict scenes from his novels as well as being influenced by the subjects and characterization in his novels. The exhibition will be accompanied by a publication and a conference.


‘There is no writer, in my opinion, who is so much a painter and a black-and-white artist as Dickens,’ Vincent van Gogh, March 1883

Charles Dickens liked art and artists. He bought and commissioned art for his walls and counted amongst his close friends a high proportion of artists. In fact Dickens thought a lot about art and his novels are full of vivid descriptions that his artist daughter observed could only have been written by ‘a writer with an innate feeling for artistic effect.’

His characters and novels inspired artists to create paintings of them, and Little Nell in particular proved a favourite to a great number of artists. Dickens also gave a new freedom to artists who painted genre scenes to move from depicting costumed paintings set in the past to up-to-date scenes of the world around them. The social themes, so strong and trenchant in Dickens, also motivated artists to paint the poor and the dispossessed.

The exhibition explores both what Dickens thought about art and artists and what artists thought about Dickens. The first section, Dickens as Art Critic explores his tastes and artistic friendships; his strong like and dislikes. The second, The Influence of Dickens on the Artists, looks the profound impact that Dickens made upon a generation of artists, not only who those drew upon his novels as a source for painting but those who created a painterly equivalent to his novels, rich visual narratives of the Dickensian world.
Including major works by leading nineteenth century artists including Frith, Fildes, and Hicks as well works from Dickens’ own art collection, the exhibition displays the Dickensian vision in Victorian painting.

Just a quick post to share two important exhibits going on to celebrate one of Victorian England's most important authors.  Both museum links are provided for further information and more wonderful images.