Review of The House Between Tides by Sarah Maine 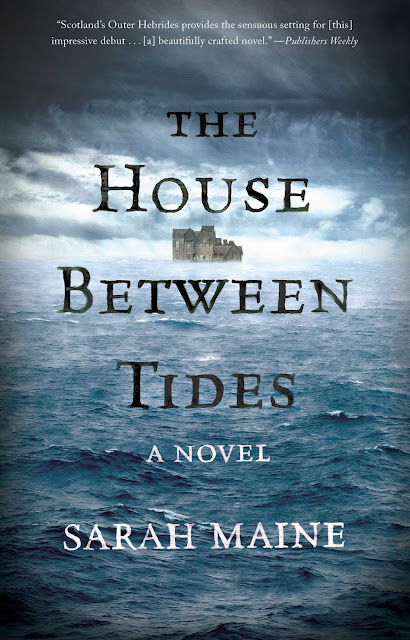 Kate Morton meets Daphne du Maurier in this atmospheric debut novel about a woman who discovers the century-old remains of a murder victim on her family’s Scottish estate, plunging her into an investigation of its mysterious former occupants.

Following the death of her last living relative, Hetty Deveraux leaves London and her strained relationship behind for Muirlan, her ancestral home in Scotland’s Outer Hebrides. She intends to renovate the ruinous house into a hotel, but the shocking discovery of human remains brings her ambitious restoration plans to an abrupt halt before they even begin. Few physical clues are left to identify the body, but one thing is certain: this person did not die a natural death.

Hungry for answers, Hetty discovers that Muirlan was once the refuge of her distant relative Theo Blake, the acclaimed painter and naturalist who brought his new bride, Beatrice, there in 1910. Yet ancient gossip and a handful of leads reveal that their marriage was far from perfect; Beatrice eventually vanished from the island, never to return, and Theo withdrew from society, his paintings becoming increasingly dark and disturbing.

What happened between them has remained a mystery, but as Hetty listens to the locals and studies the masterful paintings produced by Theo during his short-lived marriage, she uncovers secrets that still reverberate through the small island community—and will lead her to the identity of the long-hidden body.

She headed for the dunes to the west and climbed to the top, emerging through the grasses into a scene that was instantly recognisable-her painting, laid out in front of her. The sun was already beginning its slow descent towards a distant horizon, reflected in the pools and rivulets left by the tide, and even the rocks in the foreground were where she expected them to be. Blake must have set up his easel right there, in that sheltered spot in the angle of a ruined wall, and she went and sat where he might have sat, in a place of stillness and calm, and listened to the waves coming ashore.

What a strange sensation it was, feeling the painting coming alive around her. It seemed to envelop her, drawing her in and binding her close with a sense of connection, strange and powerful. And it was here, not at the grim little graveyard, with the flung cries of the seabirds above her, that she felt the spirit of the young painter, restless and driven, glorying in his talent, before his world fell apart.

True elements of various storylines in du Maurier's, Rebecca along with shades of similarities from Kate Morton's Lake House can be read within the pages of, Sarah Maine's debut novel, The House Between Tides as the description states. I reiterate this point only to let the reader know that what we have here is a stunningly beautifully written Gothic, three generational family story centered upon intrigue, a love triangle, all set in the beautiful Outer Hebrides.

When I first read the description of The House Between Tides, I prayed that it would not only be a good story but a well written one, as well. All my hopes were brought to fruition and then some!  Intelligently thought out plots with such captivating characters and settings that I could not put this book down. Truly, I never, ever, get tired or frustrated reading about abandoned manor houses trapped between parallel scopes of time, bitter wives trapped in loveless marriages with artistic men who are motivated ultimately by money and power.  Tragedy always seems to be at the bottom of these stories. The problem is most of these books are so poorly thought out, riddled with predictable clichés that the reader gives up a quarter of the way through. Well, not in this case.

I am getting ahead of myself, I know but I really love this book. I am so happy to discover author, Sarah Maine. It is not always that I find a writer who can structurally create a sound storyline; and so beautifully executed. When this happens, I find myself reading the good bits out loud in a room all by myself so that I can hear not only the tone but the character's thoughts are much better conveyed.  It helps me as I piece together the family lineage.

Here we have three generations of The Blake Family but I cannot go into specifics or any further details without completely giving away the twist and surprise the reader will discover at the final completion of The House Between Tides.  I only hope Gothic lovers and anyone who loves Scotland and The Highlands will give this book a try.

Of course, I got completely wrapped up in both storylines i.e. Hetty Devereaux of 2010 researching painter and businessman, Theo Blake along with his wife, Beatrice Blake who hold many, many secrets while living in Muirlan House during 1910...

She left the museum in a daze. She had reached through the years and experienced a past emotional charge, a charge that Blake's photograph and, later, his painting had captured in ways that were poles apart, depicting the joyful beginning and the broken end. And Beatrice's sepia phantom had seared herself onto her mind's eye. She walked slowly back to the hotel, past the lochan fringed with yellow iris, thinking how, over these last weeks, through his paintings and letters, the jagged ill-fitting pieces of Theo Blake's life had begun to come together. And it had been a tragic life, almost operatic in its drama.

Thank you to Atria Books for mailing my paperback arc edition of, The House Between Tides and available now for purchase,  Amazon

To pre-order in the United Kingdom, The House Between Tides can be purchased, Amazon UK

NOTE:  It should be mentioned that The House Between Tides was previously published in the United Kingdom under the title, Bhalla Strand by Sarah Maine in 2014 by Freight Books in Glasgow, Scotland.
- August 07, 2016 2 comments: 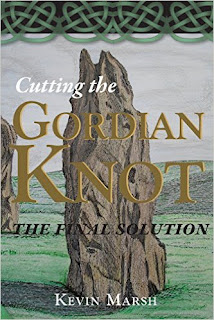 Two months after their disastrous holiday, Orlagh and Jerry are at home in Ireland recovering from their terrifying ordeal. The Belgae Torc is at last on display at the National Museum and Orlagh is under increasing pressure to divide her time between her work at the museum and heading up an archaeological dig in County Meath. She is convinced that an ancient battle between Iron Age tribes took place here and is determined to prove her theory, but as archaeologists begin to unearth the truth, they are faced with some unexpected surprises. Meanwhile, on the other side of the Atlantic, Jack Harrington is making discoveries of his own and finds himself juggling personal and professional commitments. His organisation is still recovering from recent events in the Mediterranean and is loathed to be drawn into another deadly conflict, but like it or not, there are unresolved issues that cannot be avoided. The Phoenix Legion is about to implement the final phase of its master plan and this time Schiffer is convinced that nothing can stop him from realising his goal. With the past merging with the present, the elements of a deadly conclusion are finally coming together. Will history repeat itself or can another worldwide catastrophe be avoided?


Cutting the Gordian Knot is a well thought out end to the trilogy. Author, Kevin Marsh does a wonderful job with the varied storylines including chapters on World War II, Hitlerian events. I found that part of the book intriguing.

My favorite couple are the characters Orlagh and Jerry. They are so good together and good for each other. I have always enjoyed the way Kevin brings them together and keeps their relationship interesting by creating tension and passion!

There is plenty of history to do with The Celts, i.e. many terrific chapters centered around an ancient object called a, 'Torc' as well as actual Druids who appear out of the mists.  Well, you'll have to read it for yourself but Kevin does such a fine job not only giving the story a believable and interesting ending but the characters come full circle as well. It is not just tied up nicely with a big red bow, Cutting the Gordian Knot is a finely crafted, beautifully written, adventurous ending to a trilogy I thoroughly enjoyed.

I appreciated a quirky, mysterious character named, 'Pixie Lee'.  She is a online friend of Jerry's that has maintained a friendship throughout the trilogy. She is very funny and very smart. A good person to have in your corner when you need some top secret information shared privately.  Kevin brings her out of her shell a bit more and as usual the dialogue scene's are very funny!

Take heed and do not worry I believe you can read this as a stand alone novel. If you have not read the previous two books,  you should be able to enjoy it nonetheless.

I look forward to more books from author, Kevin Marsh. I have always enjoyed his writing style and humor.