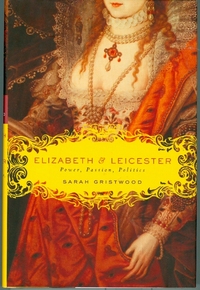 Book Description
Few relationships fire the imagination like that of Elizabeth I and the Earl of Leicester, Robert Dudley-the love affair immortalized in Philippa Gregory's THE VIRGIN'S LOVER-but nearly fifty years have passed since we have seen a dual biography that explores the truth about their lifelong love. This is a gripping, unconventional account of one of history's most fascinating alliances. No one knows quite when and where their relationship began-though Leicester once said he'd known Elizabeth since she was eight years old-but soon after she became queen, she scandalized the royal court with her passionate obsession with the married courtier. When Dudley's wife mysteriously died two years later, there was rampant speculation that Elizabeth and Dudley would marry. Instead, over the next three decades, they formed a strikingly modern working partnership and an intimate bond of mutual dependence. Throughout his life, Robert advised Elizabeth, serving as her counselor, unofficial consort and army commander. He guarded her sickbed and represented her on state occasions. Though she returned Dudley's devotion, Elizabeth humiliated him, made him act as a go-between with her other suitors and tried to imprison him when he finally remarried. Fueled by scandal and intrigue, this royal relationship was never dull. Why did they never marry? What were Elizabeth's motives in offering Leicester to her half sister, Mary? How much of their passionate attachment and their restraint-was actually political convenience? Sarah Gristwood reignites this smoldering four-hundred-year-old love story in her lush, intimate portrait of two people whose outsized personalities transformed their age.


My Thoughts on Elizabeth & Leicester
What I find so very refreshing about this love story or unrequited love story (depending on which of the history you believe) is the fact that Sarah Gristwood manages to keep the reader's attention and fascination about The Virgin Queen & Her Sweet Robin.
'Elizabeth & Leicester: Power, Passion, Politics' covers the years 1533-1588; the birth year of Elizabeth Tudor through the death year of Robert Dudley, Earl of Leicester. However, this is not an overly romanticized Shakespearean type romance novel nor is it a reference manual.
What the author has done is cover the historical events and themes of Elizabeth and Dudley written in a captivating and sometimes humorous syle all the while quoting numerous source material to support her chapters. I am so very impressed with Sarah Gristwood's maticulous research and numerous appendixes found at the back of 'Elizabeth & Leicester'.
For instance, taken from an article Sarah Gristwood wrote for Bonham's auction house magazine, she explains, "Leicester...became the Queen's councillor, her unofficial consort; later, even commander of her army. He loved her, advised her, understood her; sat by her bed in sickness and represented her on state occasions... We'll never know for certain just how far their intimacy went [but]...one thing is certain—for a woman so short of surviving blood relations, he was the nearest thing she had to family." But as Gristwood points out, over the years, "Elizabeth also humiliated Leicester, held him dangling on a string, made him dance attendance on her other suitors and tried to have him clapped in prison when finally he broke loose."

Although, Elizabeth I wrote 'On Monsieur's Departure' for Alencon and not Dudley her words can be applied to represent her relationship with 'her eyes' Robert Dudley:


ON MONSIEUR'S DEPARTURE
by Elizabeth I, Queen of England
I grieve and dare not show my discontent;
I love, and yet am forced to seem to hate;
I do, yet dare not say I ever meant;
I seem stark mute, but inwardly do prate.
I am, and not; I freeze and yet am burned,
Since from myself another self I turned.
My care is like my shadow in the sun—
Follows me flying, flies when I pursue it,
Stands, and lies by me, doth what I have done;
His too familiar care doth make me rue it.
No means I find to rid him from my breast,
Till by the end of things it be supprest.
Some gentler passion slide into my mind,
For I am soft, and made of melting snow;
Or be more cruel, Love, and so be kind.
Let me or float or sink, be high or low;
Or let me live with some more sweet content,
Or die, and so forget what love e'er meant.
Sarah Gristwood includes in the Afterword a Rudyard Kipling short story book written in 1910, Puck of Pook's Hill that saw the rejected Earl of Leicester as a ghost levelling reproaches at Elizabeth:
The Queen was in her chamber, a-weeping very sore,
There came Lord Leicester's spirit and it scratched upon the door,
Singing, 'Backwards and forwards and sideways may you pass
But I will walk beside you till you face the looking-glass
The cruel looking-glass that will never show a lass,
As hard and unforgiving or as wicked as you was!
The Queen was in her chamber; her sins were on her head;
She looked the spirits up and down and statelily she said: -
'Backwards and forwards and sideways though I've been,
Yet I am Harry's daughter and I am England's Queen!
I highly recommend 'Elizabeth & Leicester' to anyone seeking further knowledge about two prominent Tudor and Elizabethan key figures or as an introduction to the Elizabethan world. Read Shakespeare, Spenser and now Gristwood!
SOURCES
Elizabeth and Leicester: Power, Passion, Politics by Sarah Gristwood
Elizabeth I: Collected Works by Leah S. Marcus
Puck of Pook's Hill by Rudyard Kipling
Please feel free to leave any comments or questions,
- October 15, 2011 2 comments: