The Unforgetting by Rose Black: A Book Review 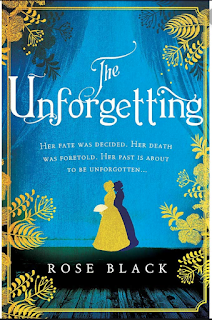 Her fate was decided. Her death foretold. Her past about to be unforgotten.
When Lily Bell is sold by her father to a ‘Professor of Ghosts’ to settle a bad debt, she dreams of finding fame on the London stage. But Erasmus Salt wants Lily not as an actress, but his very own ghost – the heart of his elaborate illusion for those desperate for a glimpse of the spirit world…
Obsessed with perfection, Erasmus goes to extreme lengths to ensure his illusion is realistic. When Lily comes across her own obituary in the paper, and then her headstone in the cemetery, she realises she is trapped, her own parents think she is dead, and that her fate is soon to become even darker…
Publisher: Orion
Published: January 9th, 2020
Format: Hardcover
Victorian Gothic 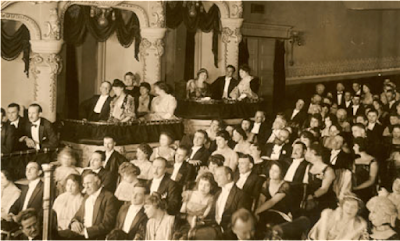 Erasmus Salt is a deeply troubled man. When you meet his father you’ll understand his fascination with young girls. He calls himself a ‘Professor of Ghosts.’ You will have to find out for yourself about his deep interest in ghosts and the spirit world and how it is connected to family.  The final chapters leaving the door open for a continuation perhaps with Faye, Clara Valentina, and Maria Hedges. I need more Maria Hedges.
Poor Lily Bell won in a bet to Erasmus Salt. She quickly becomes an actress playing a ghost appearing on stage. Be careful what you wish for girl! For in The Unforgetting nothing is as it seems.
I can’t go into real details because I don’t want to give anything else away.
Nothing about this novel is predictable. I enjoyed some twists in the storyline and for once I was not beaten over the head with the love story between Lily and fellow actor Tom Ames.
The Unforgetting is a very enjoyable novel. I felt the Salt family could’ve been further explored but other than that I loved the wonderful descriptions of dark London streets and the theatre scenes of men waiting off stage to snuff out the lights as the play began and ended.
Thank you to Orion Publishers for my review copy.

Review: The Rossettis in Wonderland by Dinah Roe 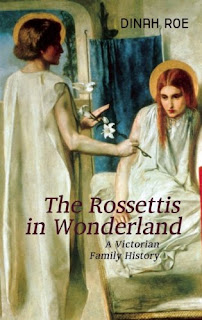 The Rossettis in Wonderland by Dinah Roe

The exiled Italian poet Gabriele Rossetti arrived in London in 1824 with a few letters of introduction, little money and less English. But within one generation, he would bequeath his new city with a remarkable cultural legacy through the accomplishments of his children.

The P.R.B
by Christina Georgina Rossetti 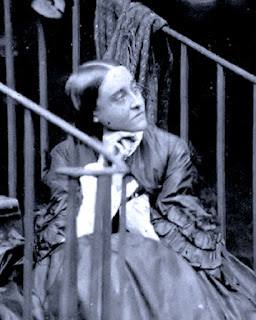 The P.R.B. is in its decadence:—
for Woolner in Australia cooks his chops;
And Hunt is yearning for the land of Cheops;
D. G. Rossetti shuns the vulgar optic;
While William M. Rossetti merely lops
His B.s in English disesteemed as Coptic;
Calm Stephens in the twilight smokes his pipe
But long the dawning of his public day;
And he at last, the champion, great Millais
Attaining academic opulence
Winds up his signature with A.R.A.:—
So rivers merge in the perpetual sea,
So luscious fruit must fall when over ripe,
And so the consummated P.R.B.

The Rossettis in Wonderland is such an accomplishment in its nature that I will try my best not to gush. I term this book as a 'family biography' because what Dinah Roe has done is absolutely exquisite.  She has written biographies for all six members of the Rossetti family from father and mother to all four children. 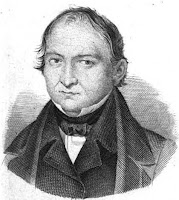 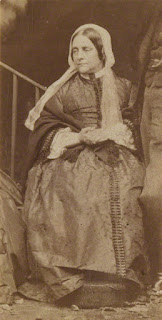 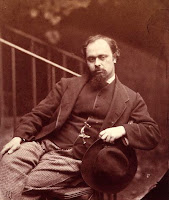 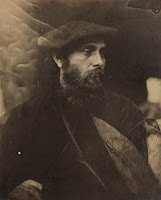 Can you imagine the dedication and the research that writing this Victorian family history would take? I am in awe of what she has done. Dinah Roe dedicates the beginning chapters of the book on Gabriele and Frances Polidori. I was very pleasantly surprised to discover that the matriarch of the family was part of the Polidori family. A direct genetic link to Lord Byron, Percy Shelley, Frankenstein and Dracula fame which is now stuff of legends. There is talent and genius on both sides of the Rossetti family along with some medical and genetic diseases as in any family.

The title of this family biography is a play on words referring to family friend, Lewis Carroll, but also a family 'wonderland' reference as well. I will leave it to you, the reader, to discover all the wonders of this beautiful family saga for yourself. I wouldn't want to spoil anything for you.

What I really enjoyed was how cleverly and with painstaking passion Dinah Roe included a few siblings per chapter. She did not just focus on one sibling per chapter. It can be read chronologically however the focus on the creativity, financial status, and artistic friendships of son, Dante Gabriel Rossetti seemed to be the focal point for reasons that become clear as you read.  The life of painter and poet, DGR, is here in full spotlight spectrum; all the Pre-Raphaelite Brotherhood, love life, illness, sibling rivalry is here.  It is all fascinating to read.

You will discover, for those interested, the sibling relationships between brothers:  William and 'Gabriel'/DGR. You will learn how even though William was artistic, he always felt in the shadow of older brother, Dante Gabriel Rossetti.  So, William focused on the written word and thank goodness for us. Whether you agree with his critiques of his family is not the point. If it were not for William's painstaking documentation of family letters, drawings, etc., we would not have any reference to such talented artists like Christina Rossetti and the paintings and poetry of her brother Dante Gabriel Rossetti who reflected his lovers and Pre-Raphaelte subject matter in his paintings and poems.

When it comes to Christina Rossetti I learned that she had neuralgia as a young girl which may or may not contributed to her short temper and bursts of anger. She developed Graves Disease later in life which photographs will show the change of her facial appearance. She was very close to her brother, Dante Gabriel Rossetti who thought her to be the best poet of the family.  He seemed to understand her moods and helped her get published within the artistic family community before finding publication later in her life.

William and Maria seem to share similar natures both being shy and quieter than their outspoken siblings.  I didn't get the feeling that Maria felt in Christina's shadow; they were close but the artistic focus was with brother Rossetti where as Maria was more like her mother enjoying religious fervor.  Again, Dinah Roe dedicates chapters focused on Maria Frances Rossetti which brings her to light as a woman. She is the lesser known sibling having published works of her own. She was not physically attractive and never found a man to marry.  She had crushes but no proposals came her way. She turned down financial and career help from her brothers later in life, opting to marry Christ and live out her days serving him.

It was such fun to read chapter eight which focused on the decorating of Red House which I didn't know that Dante Gabriel Rossetti and his then wife, Lizzie Siddal, helped paint and decorate the house as well as friends Edward Burne-Jones and his wife, Georgie.  There was a wonderful mention of William Morris and how the arts and crafts movement began with Morrises' creation of Morris, Marshall, Faulkner, + Co., which would become Morris and Co. in 1875, which the PRB nicknamed, 'The Firm', (page 214).

It seems that Oscar Wilde was a fan of Dante Gabriel Rossetti. He tried to become friends with him late in Rossetti's life when he was near to death and quite ill. Wilde created a comic opera entitled, Patience' or Bunthorne's Bride where a character called Bunthorne - 'pretentious fleshy poet' was supposedly modeled after Rossetti. Needless to say, Dante Gabriel Rossetti hated Wilde and his poetry.

Lastly, during the chapters covering the illness and death of Dante Gabriel Rossetti, I was happily surprised to see the author acknowledge parallels between son Rossetti's decline and his father's  death i.e. paranoia, psychosomatic blindness and deep depression (page 314, 15).

If you are a fan of Christina Rossetti and never heard of her brother Dante Gabriel Rossetti doesn't matter. I urge anyone curious about the Rossettis to please read this wonderfully fun and intriguing Victorian family history. 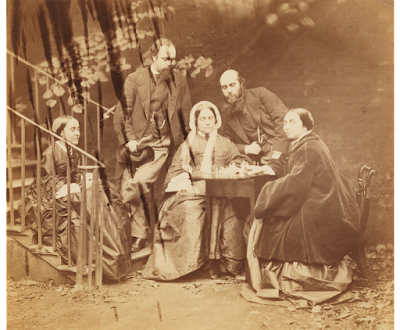 The black marks on the albumen print is rain splashing down on the camera lens as written by Lewis Carroll in his diary entry.