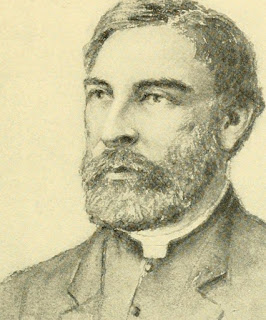 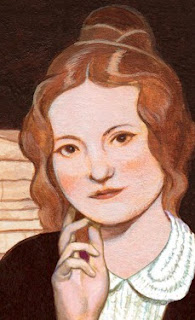 The evils that now and then wring a groan from my heart lie in position not that I am a single woman and likely to remain a single woman but because I am a lonely woman and likely to be lonely. But it cannot be helped and therefore imperatively must be borne and borne too with as few words about it as may be. (Charlotte Bronte written in 1852 before her marriage in 1854)

In reading Charlotte Bronte’s letters, my hope is to provide an understanding of who Mrs.Nicholls was as a married woman and vicar’s wife; taking the focus off the author of Jane Eyre, Charlotte Bronte.  You see, her letters clearly show a spinster well aware of her duty to care for her aging and ailing father. Especially since by the time of her engagement, she was the sole remaining sibling.
I11 April 1854, in a letter to her dear friend, Ellen Nussey,

Dear Ellen, I am engaged.
I am still very calm very inexpectant. What I taste of happiness is of the soberest order. I trust to love my husband. I am grateful for his tender love to me. I believe him to be an affectionate a conscientious a high principled man and if with all this, I should yield to regrets that fine talents, congenial tastes and thoughts are not added it seems to me I should be most presumptuous and thankless.
Providence offers me this destiny. Doubtless then it is the best for me. Nor do I shrink from wishing those dear to me one not less happy.
It is possible that our marriage may take place in the course of the Summer. Mr.Nicholls wishes it to be in July. I mean the marriage to be as quiet as possible. There is a strange half sad feeling  in making these announcements. The whole thing is something other than imagination paints it beforehand: cares, fears come mixed inextricably with hopes. Mr. Nicholls - Arthur as I now call him. 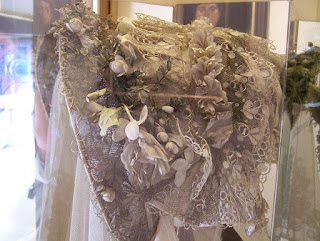 One of the few remnants from Charlotte’s wedding to Arthur Bell Nicholls, is a fragment of a letter to Elizabeth Gaskell explaining her feelings about her wedding dress, etc.,

My conscience is satisfied a sort of fawn colored silk and a drab barrage with a little green spot in it. Of the third the wedding dress I wholly decline the responsibility. Nothing would satisfy some of my friends but white which I told you I would not wear. Accordingly they dressed me in white by way of trial vowed away their consciences that nothing had ever suited me so well and white I had to buy and did buy to my own amazement but I took care to get it in cheap material there were some insinuations about silk, tulle, and I don’t know what but I stuck convulsively to muslin plain book muslin with a tuck or two. Also the white veil I took care should be a matter of 5s being simply of tulle with little tucks. If I must make a fool of myself it shall be on an economical plan. Now I have told you all.   CB. 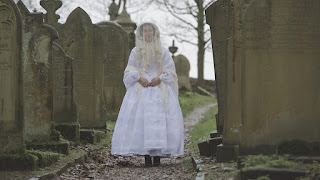 Charlotte Bronte and Arthur Bell Nicholls married on 29 June 1854.  They honeymooned in Wales first, then throughout the South West Coast of Ireland to stay with Arthur's family. 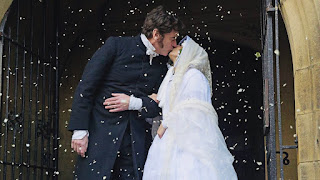 This is my favorite bit of her life; when our beloved authoress chooses love, life, and joy albeit briefly. She left Charlotte Bronte (CB) behind to become CB Nicholls, vicar's wife.  It was her husband who didn't want any of her letters to survive.  I'm so grateful to her dear friend Ellen Nussey for keeping her letters. For it may truly be one of the only ways we discover the soft, feminine side of this married woman. Dear Reader, Charlotte Bronte was in love!

The following excerpts are from Charlotte's letters, in her own words, written during her honeymoon. They are beautiful declarations of love for her husband Arthur.

On the day of our wedding we went to Wales. The weather was not very favorable there. Yet by making the most of opportunity we contrived to see some splendid Scenery. One drive indeed from Llanberis to Beddgelert surpassed anything I remember of the English Lakes.

We afterwards took the packet from Holyhead to Dublin. From Dublin we went to Banagher where Mr. Nicholls relations live and spent a week amongst them. 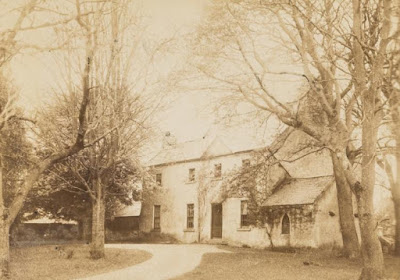 I had heard a great deal of Irish negligence &c. I own that till I came to Kilkee I saw little of it.  Here at our Inn splendidly designated  "the West End Hotel" there is a good deal to carp at if one were in a carping humour but we laugh instead of grumbling for out of doors there is much indeed to compensate for any indoor short-comings; so magnificent an ocean so bold and grand a coast I never yet saw. My husband calls me. (CB Nicholls to Catherine Wooler, 18 July 1845, Kilkee. Co. Clare, Ireland) 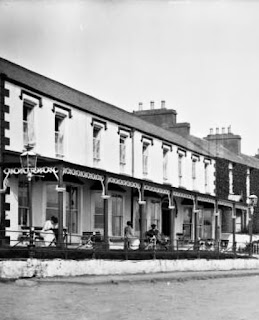 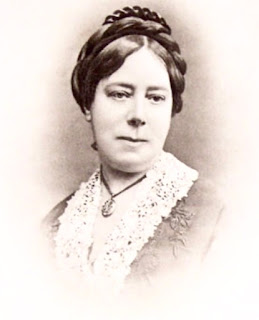 Dear Katie,
I'm at a little wild spot on the south west coast of Ireland that your letter reached me. Yes! I am married. A month ago this very day (July 27th) I changed my name.

Such a wild rock-bound coast: with such an ocean view as I had not yet seen and such battling of waves with rocks as I had never imagined!

My husband is not a poet or poetical man. The first morning we went out on to the cliffs and saw the Atlantic coming in, all white foam, I did not know whether I should get leave or time to take the matter in my own way. I did not want to talk,but I did want to look and be silent. Having hinted a petition license was not refused; covered with a rug to keep off the spray, I was allowed to sit where I chose, and he only interrupted me when he thought I crept too near the edge of the cliff. So far, he is always good in this way,and this protection which does not interfere or pretend, is, I believe, a thousand times better than any half sort of pseudo sympathy. I will try with God's help to be as indulgent to him whenever indulgence is needed.  (CB Nicholls to Catherine Winkworth, Cork, July 30th 1854)

They were only married for nine months when tragically Charlotte would pass away from what's believed to have been hyperemesis gravidurum or detrimental vomiting due to pregnancy. She passed away with her husband by her bedside on 31 March 1855. 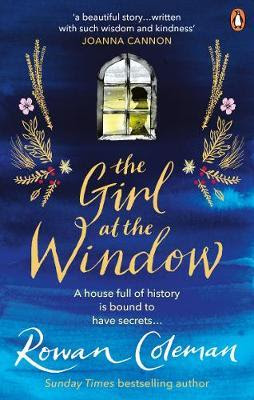 A house full of history is bound to have secrets...

Ponden Hall is a centuries-old house on the Yorkshire moors, a magical place full of stories. It's also where Trudy Heaton grew up. And where she ran away from...
Now, after the devastating loss of her husband, she is returning home with her young son, Will, who refuses to believe his father is dead.
While Trudy tries to do her best for her son, she must also attempt to build bridges with her eccentric mother. And then there is the Hall itself: fallen into disrepair but generations of lives and loves still echo in its shadows, sometimes even reaching out to the present... 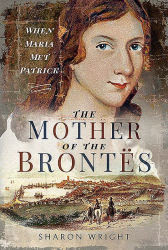 At long last, the untold story of the mysterious Mrs Brontë.**They were from different lands, different classes, different worlds almost.The chances of Cornish gentlewoman Maria Branwell even meeting the poor Irish curate Patrick Brontë in Regency England, let alone falling passionately in love, were remote.Yet Maria and Patrick did meet, making a life together as devoted lovers and doting parents in the heartland of the industrial revolution. An unlikely romance and novel wedding were soon followed by the birth of six children. They included Charlotte, Emily and Anne Brontë, the most gifted literary siblings the world has ever known.Her children inherited her intelligence and wit and wrote masterpieces such as Wuthering Heights, Jane Eyre, and The Tenant of Wildfell Hall. Yet Maria has remained an enigma while the fame of her family spread across the world. It is time to bring her out of the shadows, along with her overlooked contribution to the Brontë genius.Untimely death stalked Maria as it was to stalk all her children. But first there was her fascinating life’s story, told here for the first time by Sharon Wright.
- July 09, 2019 No comments: