Showing posts from May, 2011
Show all

Sepulchre By Kate Mosse: A Review 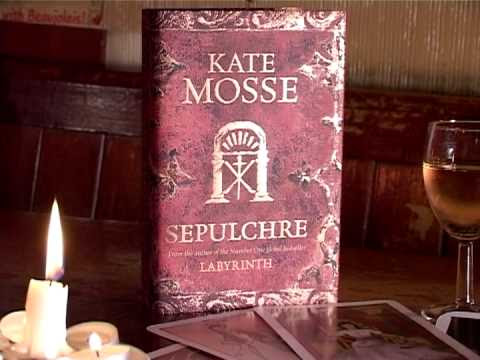 Author, Kate Mosse introduces herself, tells a bit about writing this novel, and then reads the entire prologue! Leave the lights on... In 1891, young Léonie Vernier and her brother Anatole arrive in the beautiful town of Rennes-les-Bains, in southwest France. They’ve come at the invitation of their widowed aunt, whose mountain estate, Domain de la Cade, is famous in the region. But it soon becomes clear that their aunt Isolde—and the Domain—are not what Léonie had imagined. The villagers claim that Isolde’s late husband died after summoning a demon from the old Visigoth sepulchre high on the mountainside. A book from the Domain’s cavernous library describes the strange tarot pack that mysteriously disappeared following the uncle’s death. But while Léonie delves deeper into the ancient mysteries of the Domain, a different evil stalks her family—one which may explain why Léonie and Anatole were invited to the sinister Domain in the first place. More than a century later, Meredith
1 comment
Read more

A Review of Michel Faber's The Crimson Petal And The White 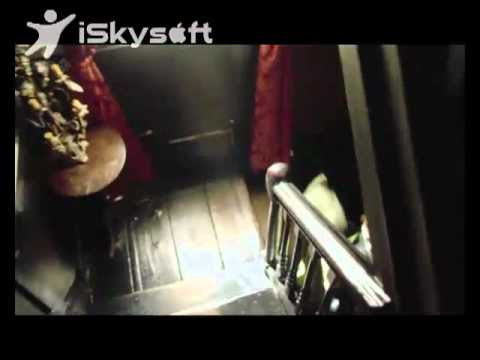 2011 BBC Production of The Crimson Petal And The White. It hasn't aired in the US yet. The first episode, opening scene, is taken verbatim from the novel's opening chapter. You've just met Sugar, a prostitute in London, 1874. She's right, "Watch your step, keep your wits about you; you will need them". The Title of Michel Faber's 2002 novel, 'The Crimson Petal And The White' is taken from " Now Sleeps the Crimson Petal " a poem written by Alfred Lord Tennyson. It was first published in 1847, in The Princess: A Medley: Now Sleeps the Crimson Petal Now sleeps the crimson petal, now the white; Nor waves the cypress in the palace walk; Nor winks the gold fin in the porphyry font: The firefly wakens: waken thou with me. Now droops the milkwhite peacock like a ghost, And like a ghost she glimmers on to me. Now lies the Earth all Danaë to the stars, And all thy heart lies open unto me. Now slides the silent meteor on, and leave
2 comments
Read more 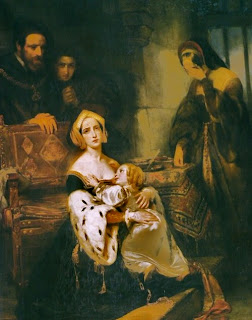 475 years ago today,on the 15th May 1536, Queen Anne Boleyn was tried in the King’s Hall in the Tower of London. The trial was to be a major public spectacle, attracting, around 2,000 spectators, according to Chapuys. Sir William Kingston had arranged for a “great scaffold” (platform) to be erected in the middle of the hall with benches and seats arranged for the lords, and benches along the walls of the hall. According to Alison Weir,a special throne for the Lord High Steward, the Duke of Norfolk, was placed on the dais at the end of the hall, underneath the canopy of estate which bore the royal arms. The Duke of Norfolk was to represent the King and would have to put aside the fact that Anne and her brother George were his niece and nephew. Alison Weir says that on that fateful Monday morning in May 1536, Thomas Howard,the Duke of Norfolk,sat in splendour on his throne, holding his white staff of office with his son, the Earl of Surrey, at his feet holding the golden staff of the
2 comments
Read more

Fallen In Love: the secret heart of Anne Boleyn 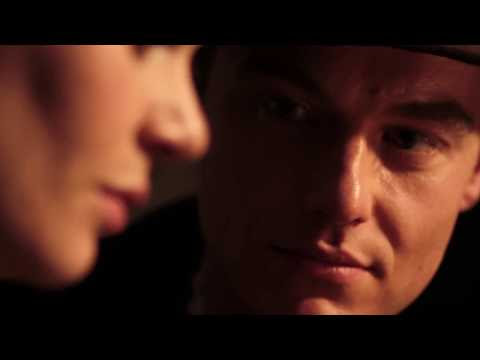 Theatrical trailer for a new UK based play entitled, 'Fallen In Love' the secret heart of Anne Boleyn. The year is 1536. The woman who changed the world forever by capturing the heart of a King, faces trial with her brother George on charges of adultery, incest and treason. Witness a nation irreversibly transformed as the most passionate and decisive events of England’s history unfold in the tense and treacherous crucible of the royal court. This passionate story of betrayal and jealousy shows us the true heart of Queen Anne Boleyn, revealing at last the secret of her greatest love . Historian and Author, Alison Weir attended the opening night and said, "If you go to see only one play this year, make it this one! Tudor history buffs and anyone fascinated by Anne Boleyn and her relationship with her brother George should make every effort to see this exceptional and brilliantly staged portrayal by Red Rose Chain, featuring two highly talented and charismatic actor
Post a Comment
Read more 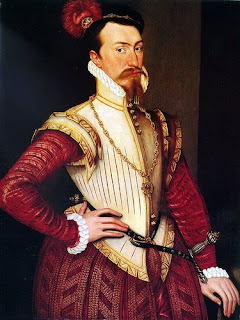 Exhibition: Lord Leicester’s Warwickshire: The Life and Legacy of Robert Dudley Exhibit runs from: Saturday,25 June 2011 - Sunday,18 September 2011 The central figure in the exhibition will be Robert Dudley (1532 – 1588), Earl of Leicester, the ambitious and flamboyant favourite of Queen Elizabeth I. Feared and envied by contemporaries, it was rumoured that he ordered the murder of his first wife, Amy Robsart. Major events featured include the visits of the queen to Robert and his brother Ambrose (the Earl of Warwick) at Warwick Castle in 1572 and to Robert at Kenilworth Castle in 1575. Both visits were celebrated with lavish entertainments, particularly the 19 days of ‘Princelye Pleasures’ at Kenilworth, which involved water pageants, fireworks, plays, dancing and sports. Robert Dudley left a lasting imprint on Warwickshire. Kenilworth Castle was extensively refurbished by him, with the introduction of Renaissance style buildings and landscaped gardens (including the recen
2 comments
Read more 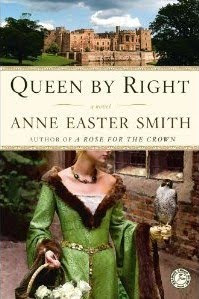 Paperback: 528 pages Publisher: Touchstone; Original edition (May 10, 2011) Language: English ISBN-10: 141655047X ISBN-13: 978-1416550471 Anne Easter Smith's latest release entitled, 'Queen By Right' tells the story of Cecily of York, mother of two kings and one of English history’s most intelligent and courageous women. Cecily Neville, duchess of York and ancestor of every English monarch to the present day, Anne has found her most engrossing character yet. Cecily earned two monikers from her contemporaries: Rose of Raby for her fair-haired beauty and Proud Cis for her fierce loyalty and courage in the face of the many history-making events she experienced in her eighty years. This was a woman who could have been queen had her husband lived to win the day over Henry VI and his queen, Margaret of Anjou, in the winter of 1461. History remembers Cecily of York standing on the steps of Ludlow Castle, facing an attacking army while holding the hands of her two young s
1 comment
Read more 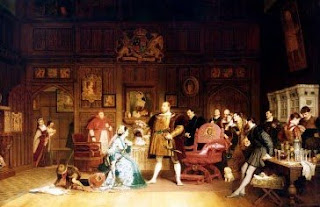 The second of May, in the year 1536, started off like any other day for Queen Anne watching a game of tennis at Greenwich Palace when a messenger approached her saying, "by order of the King immediately go and present herself before the Privy Council". At this time, Anne is unaware that her brother, George Boleyn, had been arrested for treason and taken to the tower. Anne Boleyn left the tennis match and presented herself in the council chamber in front of a royal commission consisting of: the Duke of Norfolk (her uncle), Sir William Fitzwilliam and Sir William Paulet. There, she was informed that she was being accused of committing adultery with three different men: Mark Smeaton, Sir Henry Norris and a third, and that Smeaton and Norris had already confessed. Anne objected and pleaded with her accusers to no avail and the royal commission ordered her arrest. Anne was then taken to her apartment until at two o’clock in the afternoon, she was escorted by barge to the Tower
1 comment
Read more
More posts