My review of Reader, I Married Him by Tracy Chevalier 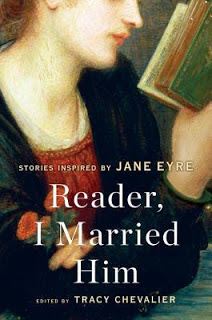 A fixture in the literary canon, Charlotte Brontë is revered by readers all over the world. Her books featuring unforgettable, strong heroines still resonate with millions today. And who could forget one of literatures’ best-known lines: “Reader, I married him” from her classic novel Jane Eyre?

Part of a remarkable family that produced three acclaimed female writers at a time in 19th-century Britain when few women wrote, and fewer were published, Brontë has become a great source of inspiration to writers, especially women, ever since. Now in Reader, I Married Him, twenty of today’s most celebrated women authors have spun original stories, using the opening line from Jane Eyre as a springboard for their own flights of imagination.

Product Details
Who would have thought that the words, Reader, I Married Him from a chapter of Charlotte Bronte's Jane Eyre would take such a prolific turn during this day and age.  For instance, twenty-one authors including Tracy Chevalier, Susan Hill and Audrey Niffeneger, provide their versions of what happened to that married couple after their wedding day. Was it happily ever after?

It is not surprizing that when reading a short story collection such as this, some stories will uplift you, some stories will depress you, and some will just leave you speechless. As the reader, you will enjoy some of the stories and you will not enjoy some of the stories. You will immediately be drawn into them and their writing style will grab you or not grab you. Basically, it's hard to review a collection because every story is different, and varied in theme, time, place even location and subject matter.  One story was so graphically sexual I thought I was reading a fan fic from a chat room!  Not my cup of tea.

So, dear reader, I leave it in your hands whether to read these stories. For myself, I appreciate the creativity and imagination but give me the original any day!

Reader, I Married Him by Tracy Chevalier is published today in the United States. You can purchase it on, Amazon US

Reader, I Married Him by Tracy Chevalier is not published in the United Kingdom until April 7, 2016. You can pre-order it, Amazon UK

The poetry of Julia Margaret Cameron and Dante Gabriel Rossetti 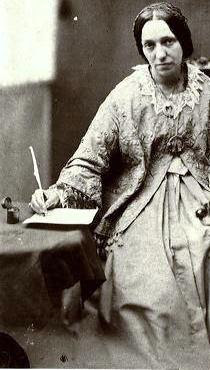 I wanted to share two poems one written by Julia Margaret Cameron and one by her husband Charles Hay Cameron along with two translations of 'Lenore' for this World Poetry Day.

Oh, mystery of Beauty! who can tell
Thy mighty influence? who can best descry
How secret, swift, and subtle is the spell
Wherein the music of thy voice doth lie?

Here we have eyes so full of fervent love,
That but for lids behind which sorrow’s touch
Doth press and linger, one could almost prove
That Earth had loved her favourite over much.

A mouth where silence seems to gather strength
From lips so gently closed, that almost say,
“Ask not my story, lest you hear at length
Of sorrows where sweet hope has lost its way.”

And yet the head is borne so proudly high,
The soft round cheek, so splendid in its bloom,
True courage rises thro’ the brilliant eye,
And great resolve comes flashing thro’ the gloom.

Oh, noble painter! more than genius goes
To search the key-note of those melodies,
To find the depths of all those tragic woes,
Tune thy song right and paint rare harmonies.

Genius and love have each fulfilled their part,
And both unite with force and equal grace,
Whilst all that we love best in classic art
Is stamped for ever on the immortal face. 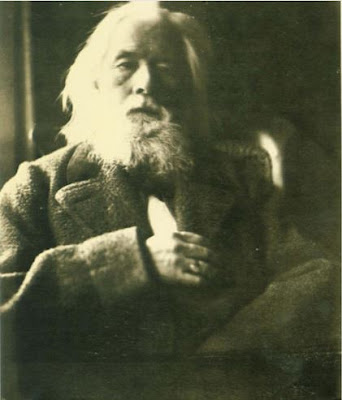 Her husband Charles Hay Cameron, wrote a goodbye poem to his Freshwater friends that was included in one of his surviving letters when he and his wife decided to leave for London:

The English Channel famed in war
The Solent sea and winding Yar
Have cut an islet, yet not quite
An islet from the Isle of Wight,
For ‘twixt the Channel famed in war
And silent sources of the Yar,
Dry land the twentieth of a mile
Unites it to the parent isle.
There dwell, I fronting Afton Down,
With little Yarmouth for my nearest town,
The little Yarmouth where the Yar
Though hindered by its gathering bar
After four miles of winding reach
At length divides the yellow beach,
And meets in Solent’s brine the rills
That southward flow from Hampshire’s hills. 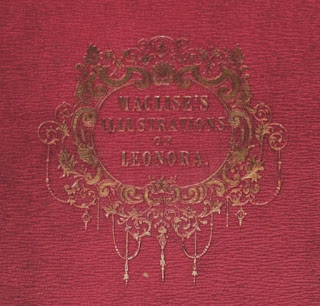 Maclise's Illustrations of Leonora, one of two 1847 editions 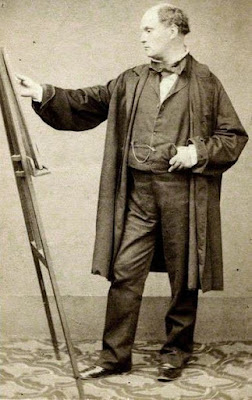 In 1847, Julia Margaret Cameron published an illustrated book, ‘Leonora’ translated from German into English. It is based upon a German ballad or poem by Gottfried Burger in 1775. It was a favorite of hers. She asked her friend Daniel Maclise, painter at the time, to illustrate it and he complied. Partaking in the translation process was John Herschel a mathematician and astronomer as well as good friend of hers. He went through the translations with her along with the help of his two daughters who also spoke German. 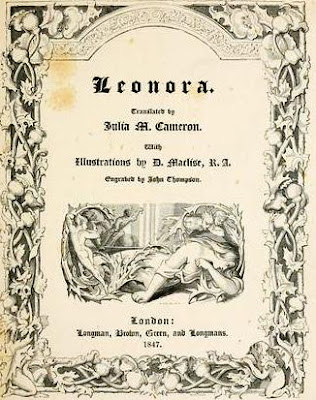 The story of ‘Leonora’ is a sad one. William, who is engaged to Leonore, has not returned from the Seven Years’ War yet. He had gone to battle in the army of King Frederick. She misses him terribly and longs for his return. She never receives any news or word from him. When the other men return from war without William, she gets very angry with God. This angers her mother saying it is blasphemous to say such things to God and have such feelings. She believes her daughter will be condemned to hell for it. Leonore’s mother tells her that William is probably still in Hungary and she should just forget him.  When a stranger (who looks very much like William) appears at the door late one night asking for Lenore, she gets on horseback with him and rides away to his home to marry him. They are riding so fast, she asks him why and he says, “the dead travel fast.” She replies, “leave the dead alone.” They arrive at the doors of a cemetery as the horse begins to walk through the tombstones. She watches the knight begin to lose his human appearance and she realizes he is the image of Death. He is a skeleton carrying a scythe and an hourglass. William’s skeleton lies next to his grave and shattered armour. The ground beneath Lenore’s feet start to give way while spirits dance around her, “no one is to quarrel with God in Heaven.” 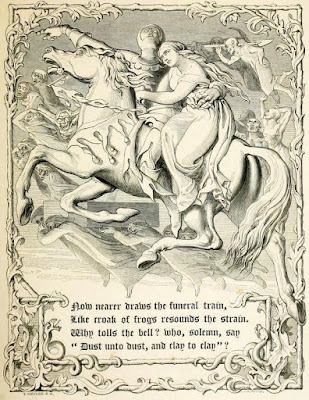 It seems that ‘Leonore’ was published three years prior in June of 1844 by a young man named Gabriel Charles Rossetti. Hm, could it be good ole’ Rossetti himself? Well, according to his younger brother, William Michael Rossetti it is the one and the same!


Now known as Dante Gabriel Rossetti, he translated Burger’s ballad around June 1844. He wrote it at the age of sixteen in May of that year. He was studying German at the time with Dr. Adolf Heimann, of University College in London who later became a family friend. He never kept up the language nor was he satisfied with his poorly translated version of  ‘Lenore’.

A translator ought to be faithful, but is not bound down to being literal; he is compelled to make various mutual concessions between meaning and rhythm or rhyme; and in especial he must not turn a good poem into a bad one. (The Early Italian Poets by Dante Gabriel Rossetti, 1861)

A young Rossetti fell in love with Burger’s original ‘Lenore’ romanticizing the sad love story. Not wanting his version to be too overly religious or sad, he downplayed the sadness making it more romantic in tone. He changed the then Protestant religious aspects of the poem into Roman Catholic ones softening the hardened stanzas. He played up the picturesque words and turned his version of ‘Lenore’ into a romantic painting depicted with words. 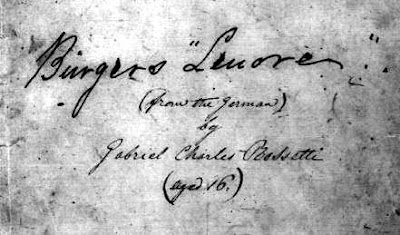 Thus grief racked and tore the breast of Lenore,
And was busy at her brain;
Thus rose her cry to the Power on high,
To question and arraign:
Wringing her hands and beating her breast,—
Tossing and rocking without any rest;—
Till from her light veil the moon shone
thro',
And the stars leapt out on the dark-
-ling blue.

If you would like to read Julia Margaret Cameron's, Leonora  and see all of Daniel Maclise's beautiful illustrations