Showing posts from May, 2016
Show all

Memories of Lord and Lady Tennyson by Bram Stoker 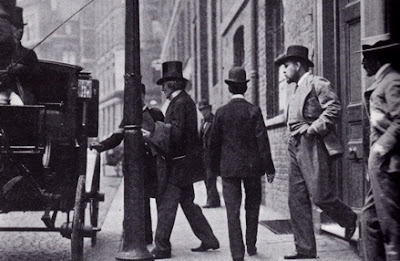 Henry Irving and Bram Stoker leaving the Lyceum Theatre by the private entrance, The Irving Society Bram Stoker known for writing the gothic novel Dracula adored the poetry of Alfred, Lord Tennyson. He could recite any poem by heart at any given moment. Bram Stoker was about to meet his master through the form of Henry Irving. Henry Irving was acting royalty in England during the nineteenth-century and acting at London’s Lyceum Theatre (which he owned) when their friendship began. Irving acted and performed on the Lyceum stage and Stoker became acting manager then business manager of the Lyceum Theatre; a post which he held for twenty seven years.They remained fast friends until Irving’s death in 1905.  I was reading Bram Stoker’s vivid memories of his meetings with Lord and Lady Tennyson which developed into a short yet quite meaningful friendship. So, I hope you don’t mind if I share a few of Bram Stoker’s memories here with you. They are quite interesting reading while
6 comments
Read more

Current Exhibition: Painting with Light Art and Photography from the Pre-Raphaelites to the modern age Tate Britain: Exhibition 11 May – 25 September 2016 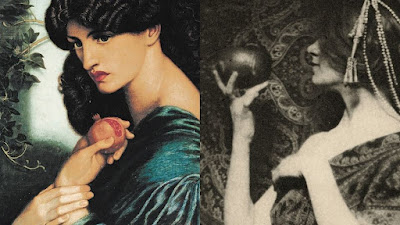 Prosperine by Dante Gabriel Rossetti, 1874, oil on canvas - The Odor of Pomegranates by Zaida Ben-Yusuf, 1899, Photogravure on paper Tate Britain, London presents: Painting with Light  Art and Photography from the Pre-Raphaelites to the modern age exhibition running from 11 May-25 September 2016.  This is the first major exhibition to celebrate the spirited conversation between early photography and British art. It brings together photographs and paintings including Pre-Raphaelite, Aesthetic and British impressionist works.    Spanning 75 years across the Victorian and Edwardian ages, the exhibition opens with the experimental beginnings of photography in dialogue with painters such as J.M.W. Turner. For the first time works by painters John Everett Millais, Dante Gabriel Rossetti, and John Singer Sargent will be shown alongside ravishing photographs by pivotal early photographers such as Julia Margaret Cameron, which they inspired and which inspired them.
9 comments
Read more

My review of an upcoming release, The Secret Language of Stones by M.J. Rose 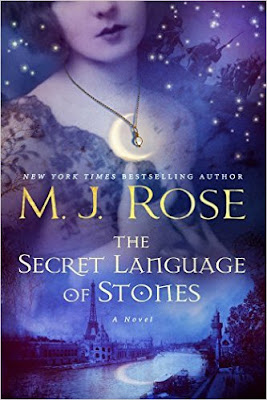 Nestled within Paris's historic Palais Royal is a jewelry store unlike any other. La Fantasie Russie is owned by Pavel Orloff, protege to the famous Faberge, and is known by the city's fashion elite as the place to find the rarest of gemstones and the most unique designs. But war has transformed Paris from a city of style and romance to a place of fear and mourning. In the summer of 1918, places where lovers used to walk, widows now wander alone.  So it is from La Fantasie Russie's workshop that young, ambitious Opaline Duplessi now spends her time making trench watches for soldiers at the front, as well as mourning jewelry for the mothers, wives, and lovers of those who have fallen. People say that Opaline's creations are magical. But magic is a word Opaline would rather not use. The concept is too closely associated with her mother Sandrine, who practices the dark arts passed down from their ancestor La Lune, one of sixteenth century Paris's most
2 comments
Read more
More posts