Showing posts from September, 2015
Show all

A review of The Spoils of Avalon by Mary F. Burns 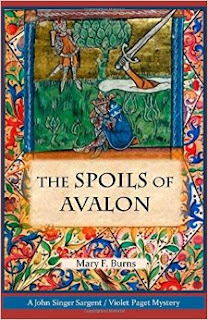 Know ye not then the Riddling of the Bards? "Confusion, and illusion, and relation, Elusion, and occasion, and evasion"?  -Idylls of the King The death of a humble clergyman in 1877 leads amateur sleuths Violet Paget and John Singer Sargent into a medieval world of saints and kings-including the legendary Arthur-as they follow a trail of relics and antiquities lost since the destruction of Glastonbury Abbey in 1539. Written in alternating chapters between the two time periods, The Spoils of Avalon creates a sparkling, magical mystery that bridges the gap between two worlds that could hardly be more different-the industrialized, Darwinian, materialistic Victorian Age and the agricultural, faith-infused life of a medieval abbey on the brink of violent change at the hands of Henry VIII and Thomas Cromwell. First in a new series of historical mysteries, The Spoils of Avalon introduces two unlikely detectives and life-long friends-beginning as young peopl
2 comments
Read more

Photographs I found of Dimbola Lodge with The Camerons and Alfred, Lord Tennyson! 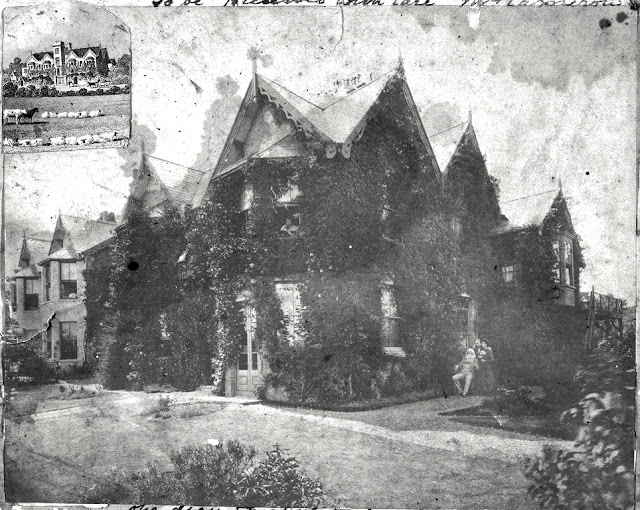 Our dear Freshwater home by Henry Herschel Hay Cameron (British, 1852-1911), Albumen silver print, 1875, Getty Museum,  Los Angeles, CA, USA  I couldn't believe I was looking at this photograph when I found it but it was taken by one of Julia Margaret Cameron's son's, Henry Herschel Hay Cameron, so it makes sense. However, another shocker, why has it not been shared online or on any JMC or Tennyson sites?   Take a closer look at this photograph if you can...there are four people in it...two I can make out clearly enough as the pioneering photographer herself, Mrs.Cameron or Julia Margaret Cameron sitting in the window center upper floor. Can you see a woman's face wearing a shawl?  Well, there she is...Hard to see I know but to me its her!  Perhaps, another of her son's photographs will help you, Julia Margaret Cameron by Henry Herschel Hay Cameron (later The Cameron Studio) albumen print, circa 1873 Also, take a look to the righ
8 comments
Read more 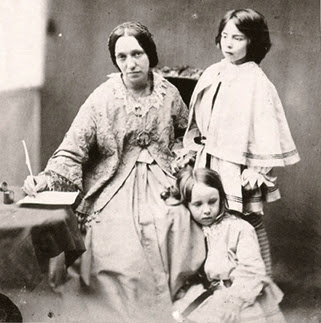 Julia Margaret Cameron with her two sons Charles and Henry (1859) Photograph taken by Lewis Carroll In 1859, Julia Margaret Cameron was holidaying with her three sons on the Isle of Wight while her husband Charles Hay Cameron was back home in Ceylon (now Sri Lanka). Julia Margaret liked what she saw of the Isle of Wight so much that she wrote this back home in a letter to her husband,  This island might equal your island  now for richness of effects. The downs are covered with golden gorse & beneath them the blue hyacinth is so thickly opened that the valleys look as if the 'sky were upbreaking thro' the Earth...The trees too are luxuriant here - far more flourishing than they usually are by the sea - And Alfred Tennyson's wood may satisfy any forester.  One of the few published and surviving photogrpahs of the home of photographer, Julia Margaret Cameron, Dimbola Lodge, Freshwater Bay, Isle of Wight, 1871, unknown photographer, private collection.
4 comments
Read more

In Search of Tennyson on the Isle of Wight: A Gathering of Friends 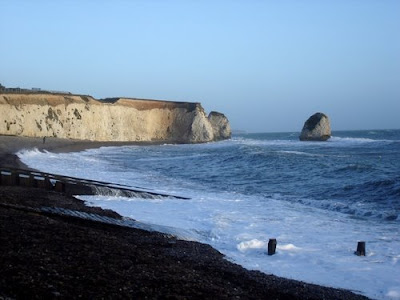 Freshwater Bay, Isle of Wight   THERE IS A PLACE LIKE NO PLACE ON EARTH A LAND FULL OF WONDER, MYSTERY & DANGER! SOME SAY TO SURVIVE IT, YOU NEED TO BE AS MAD AS A   HATTER WHICH LUCKILY I AM (Lewis Carroll, Alice in Wonderland)         Dimbola Lodge, home of Julia Margaret Cameron, The front view My first stop during my stay on the Isle of Wight, was to visit Dimbola Lodge; the home of nineteenth-century photographer, Julia Margaret Cameron. It is an operating museum free of charge with a lovely café. It is located right off the main motorway with a view of Freshwater Bay. You can walk down to the water where you can enjoy the beach, surf or just sit and enjoy the view. I was lucky enough to be able to visit Dimbola several times during my stay. The first time, I remember simply walking up the front door steps, walking in, nodding hello to the woman at the small wooden front desk to the right of the entryway, the left was the café. No money required, I w
7 comments
Read more
More posts