Showing posts from March, 2014
Show all

William Morris Textiles and Wallpaper exhibit and other finds... 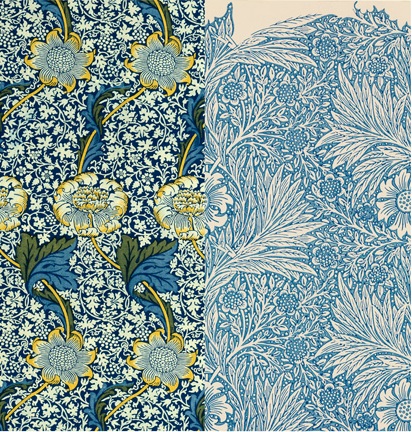 So, I came across this 'special exhibit' running at The Metropolitan Museum of Art, here in NYC and I went with a friend tonight. It is a small one room exhibit primarily showing textiles but if you love William Morris it is very much worth the trip!     William Morris Textiles and Wallpaper February 3–July 20, 2014 From the museum website, " William Morris (1834–1896) is acknowledged as the leader of the British Arts and Crafts movement of the second half of the nineteenth century. His enterprise, originally founded as Morris, Marshall, Faulkner, and Company in 1861, became Morris & Company in 1875. They produced a variety of decorative arts, with textiles and wallpapers comprising a large portion of their artistic output. In 1923, the Metropolitan acquired the institution's first examples from the oeuvre of Morris & Company, and a selection of these are shown in this installation. According to the printed company logo on the selvages, the
5 comments
Read more

The Moonstone by Wilkie Collins 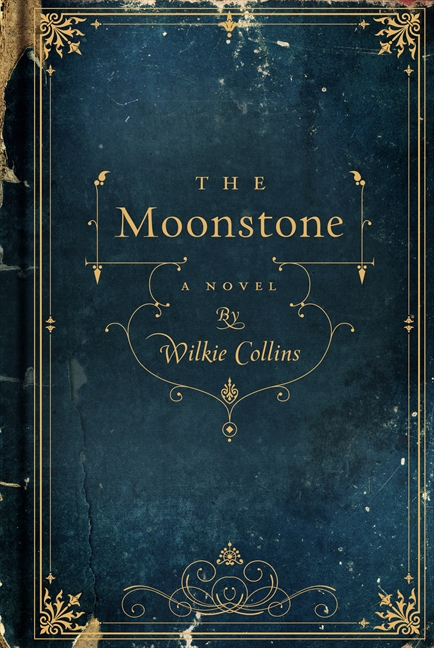 The Moonstone , a priceless Indian diamond which had been brought to England as spoils of war, is given to Rachel Verrinder on her eighteenth birthday. That very night, the stone is stolen. Suspicion then falls on a hunchbacked housemaid, on Rachel's cousin Franklin Blake, on a troupe of mysterious Indian jugglers, and on Rachel herself. The phlegmatic Sergeant Cuff is called in, and with the help of Betteredge, the Robinson Crusoe -reading loquacious steward, the mystery of the missing stone is ingeniously solved.  Beautiful inside frontpiece of The Moonstone When I found this re-published 1868 New York edition sitting on the Fiction shelf of my local Barnes and Noble, I just grabbed it. This edition is beautifully illustrated in a gorgeous blue hardcover book and very hard to resist!   My favorite Wilkie Collins novel remains , ‘The Woman in White’ followed by ‘No Name.’   That being said, everyone has raved to me about ‘The Moonstone’ over the years so I had to
3 comments
Read more 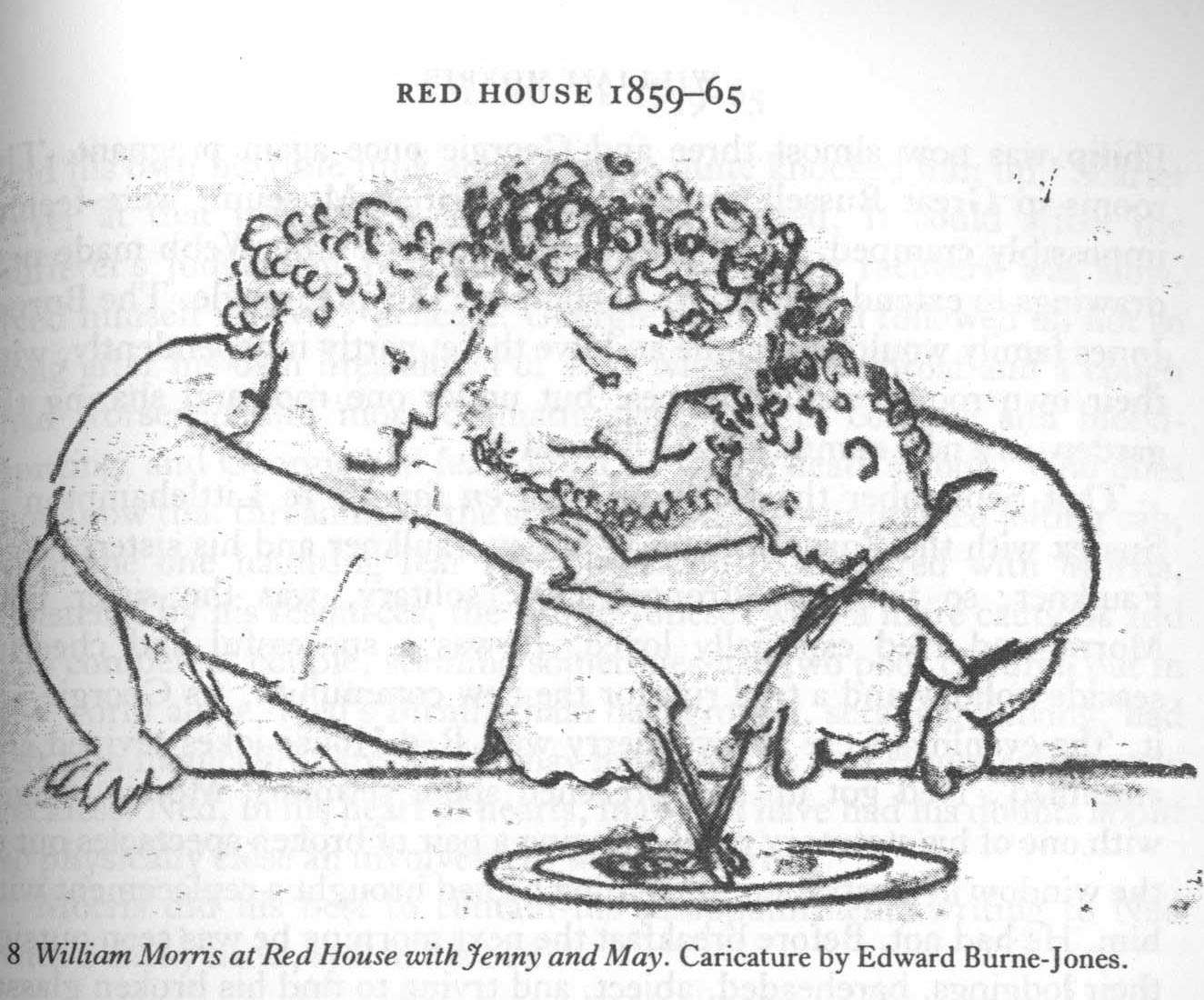 Mary May Morris was born on this day in 1862. Originally named Mary by her parents, William Morris and Jane Burden Morris because she was born on the Feast of the Annunciation. Later, it was changed to May partly as her choice and partly because her elder sister, Jenny called her 'May' instead!  I am not going to write up a biography or piece together the usual details of her life; although, fascinating they can be searched anywhere. No, the point of this brief post is because it struck me this morning when I realized today was May Morris's birthday that yesterday was her father William Morris's birthday as well!  What must it have been like in the Morris household first at Red House where the Morris girls were born and shared a brief idyllic childhood before moving on to Kelmscott Manor sharing a birthday for father and daughter, William and littlest May? I am sure she had a lifetime of memories of birthday cake celebrations perhaps, fun games, parties, it must hav
5 comments
Read more 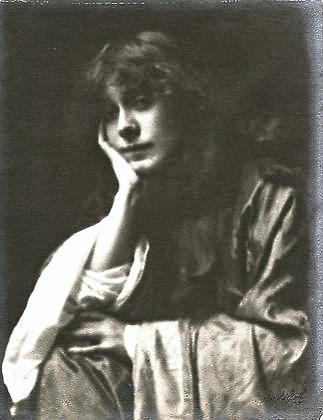 Julia Marlowe by Arnold Genthe, 1911, vintage gelatin silver print Julia Marlowe was a stage actress during the late 1800's and early 1900's. She was born Sarah Frances Frost at Caldbeck, England, on August 17, 1865.  She came to the United States with her parents, John Frost and Sarah Hogston Frost when she was five years old.  Upon entering the United States, her family settled in the state of Kansas.  From there, they moved to Ironton, Portsmouth and Cincinnati, Ohio. From 1873 to 1877 she resided in a 3-story brick building on Second Street in the city of Portsmouth, Ohio.  She lived here from age 7 to age 10. In the March 3, 1903 edition of The Marion Daily Star newspaper, details of Julia's life in Portsmouth was recounted by Mr. Edward Staiger, "When Mr. Staiger was a boy and attended school at Portsmouth, a certain girl who was known as a tomboy was his classmate.  This tomboy left Portsmouth when she was about ten years of age and went out into
6 comments
Read more

A review of Whistler: A Life for Art's Sake by Daniel E. Sutherland

- March 14, 2014
The first biography in more than twenty years of James McNeill Whistler (1834–1903) is also the first to make extensive use of the artist’s private correspondence to tell the story of his life and work. This engaging personal history dispels the popular notion of Whistler as merely a combative, eccentric, and unrelenting publicity seeker, a man as renowned for his public feuds with Oscar Wilde and John Ruskin as for the iconic portrait of his mother. The Whistler revealed in these pages is an intense, introspective, and complex man, plagued by self-doubt and haunted by an endless pursuit of perfection in his painting and drawing. In his beautifully illustrated and deeply human portrayal of the artist, Daniel E. Sutherland shows why Whistler was perhaps the most influential artist of his generation, and certainly a pivotal figure in the cultural history of the nineteenth century. Whistler comes alive through his own magnificent work and words, including the provocative manifestos
2 comments
Read more 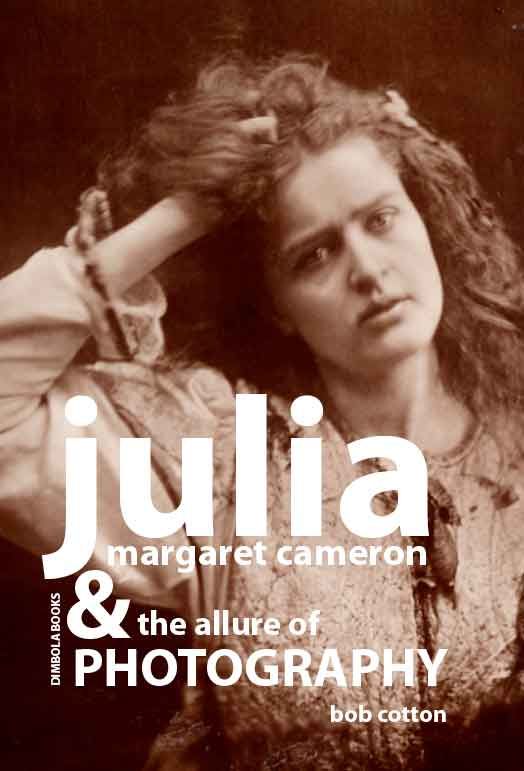 ebook (iPad iBooks format), 135 pgs Publish Date: August 08 2013, 04:03 PDT Kindle cover version This book attempts to answer the questions: Why did Julia Margaret Cameron become so besotted with Photography? What did she bring to the art? Why is her work important? Julia Margaret Cameron and the Allure of Photography is an introduction to, and an overview of Julia and her work, and provides the art historical and technological context for her work.  My Thoughts I am in awe of the beauty of this book. Not only is it beautifully represented and presented by Bob Cotton he gorgeously and intellectually writes about the concept of photography and its importance during the nineteenth-century not only to Julia Margaret Cameron but brings it into present day culturally while focusing his passion and knowledge of media and photography as it stands today. He explains it much more cogently than I ever could! I highly recommend, 'Julia Margaret Cameron and The All
2 comments
Read more 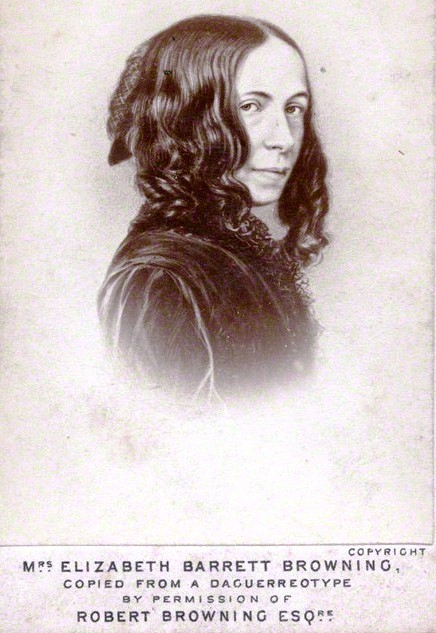 Elizabeth Barrett Browning by Elliott & Fry, after Macaire albumen carte-de-visite, mid 1860s (September 1858) NPG In this happy birthday post to one of the most loved Victorian poets, Elizabeth Barrett Browning, herself, takes us on a private remembrance of her early years at Hope End in one of her early letters.  According to the parish register of Kelloe Church, in the county of Durham, England, she was born at Coxhoe Hall which at the time was the home of her uncle Samuel who lived five miles south of Durham. Elizabeth’s father, Edward Barrett Moulton, took the surname of Barrett on the death of his grandfather who left him the estates in Jamaica. His wife was Miss Mary Graham-Clarke, daughter of J. Graham-Clarke, of Fenham Hall, Newcastle-upon-Tyne, but of her not very much is known. However, her early death is one of the few mentions in the family records. Mary Graham-Clarke and Edward Barrett had a large family: Henriett, Arabel, Elizabeth and eight so
6 comments
Read more

My review of Astor Place Vintage by Stephanie Lehmann 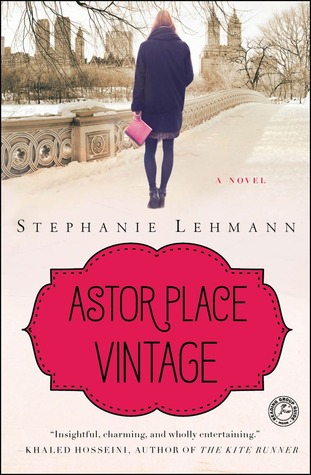 Amanda Rosenbloom, proprietor of Astor Place Vintage, thinks she's on just another call to appraise and possibly purchase clothing from a wealthy, elderly woman. But after discovering a journal sewn into a fur muff, Amanda gets much more than she anticipated. The pages of the journal reveal the life of Olive Westcott,a young woman who had moved to Manhattan in 1907. Olive was set on pursuing a career as a department store buyer in an era when Victorian ideas, limiting a woman's sphere to marriage and motherhood, were only beginning to give way to modern ways of thinking. As Amanda reads the journal, her life begins to unravel until she can no longer ignore this voice from the past. Despite being separated by one hundred years. Amanda finds she's connected to Olive in ways neither could ever have imagined.       Product Details Paperback: 416 pages Publisher: Touchstone; Original edition (June 11, 2013) Astor Place Vintage is a parallel no
4 comments
Read more
More posts