Review: The Mother of The Brontes by Sharon Wright 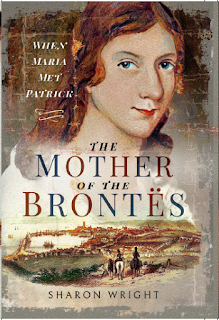 At long last, the untold story of the mysterious Mrs Brontë.

Yet Maria and Patrick did meet, making a life together as devoted lovers and doting parents in the heartland of the industrial revolution. An unlikely romance and novel wedding were soon followed by the birth of six children. They included Charlotte, Emily and Anne Brontë, the most gifted literary siblings the world has ever known.

Her children inherited her intelligence and wit and wrote masterpieces such as Wuthering Heights, Jane Eyre and The Tenant of Wildfell Hall. Yet Maria has remained an enigma while the fame of her family spread across the world. It is time to bring her out of the shadows, along with her overlooked contribution to the Brontë genius.

Untimely death stalked Maria as it was to stalk all her children. But first there was her fascinating life’s story, told here for the first time by Sharon Wright.

‘A few days since, a little incident happened which curiously touched me. Papa put into my hands a little packet of letters and papers, telling me that they were mamma’s, and that I might read them. I did read them, in a frame of mind I cannot describe. The papers were yellow with time, all having been written before I was born. It was strange now to peruse, for the first time, the records of a mind whence my own sprang; and most strange, and at once sad and sweet, to find that mind of a truly fine, pure, and elevated order. They were written to papa before they were married. There is a rectitude, a refinement, a constancy, a modesty, a sense, a gentleness about them indescribable. I wish she had lived, and that I had known her.’  (Charlotte Bronte in a letter to Ellen Nussey. Sharon Wright, Author, page, 157).

This is such a special biography of Maria Branwell, a Cornish woman, who married Patrick Bronte and birthed three legendary genius female sisters and authors. The likes of which will not come again. I’m so thankful to Pen & Sword for my review copy and for the authors incredible research into a woman scarcely known about until now.

Chapters covering both Maria and Patrick’s early life, siblings, education, help to humanize them while lifting the veil shrouded by myth and legend. Exciting for me were the chapters charting the course for that fated meeting between Maria Branwell and Patrick Bronte. The author went further including nieces, close friends, landowners, religious factions, etc.

I read this biography from the perspective of finding parallels between mother Maria and her daughters. It was fascinating to glimpse similarities in disposition between mother and daughter, Charlotte even at her tender age of five years old. There were a few interesting situations or events that might remind one of parts of Jane Eyre but I won’t go there.

Reading about the history of Haworth pertaining to the arrival of Rev. and Mrs. Bronte was wonderful. Ponden Hall as well includes mentions of Robert Heaton which jarred my memory back to another recent Bronte novel, The Girl at the Window which I loved.

I would definitely recommend, The Mother of The Brontes to any Bronte fan. The epilogue at the end of the book was helpful and Maria’s letters are there to read as well. None of Patrick Brontes letters to his wife survive but I hold out hope of discovery one day!
- October 30, 2019 No comments:

Soon to be published Bronte article

I am very happy to share the news that my article on the friendship of Charlotte Bronte and Ellen Nussey will be published in a Bronte themed issue of an online magazine to be published early next year. I will post the link upon publication. For now, I’m waiting for the editor to send me the edits for approval. 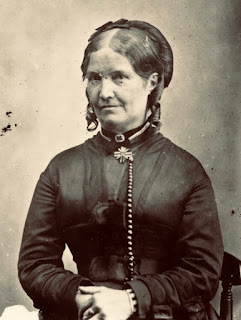 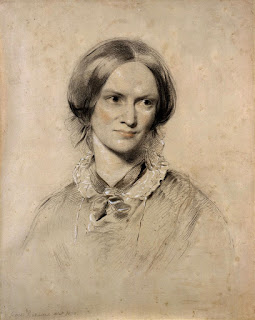