Showing posts from June, 2013
Show all

The Story of Katie Lewis and Mr. Beak

The anniversary of the Coronation of Queen Victoria 28 June 1838 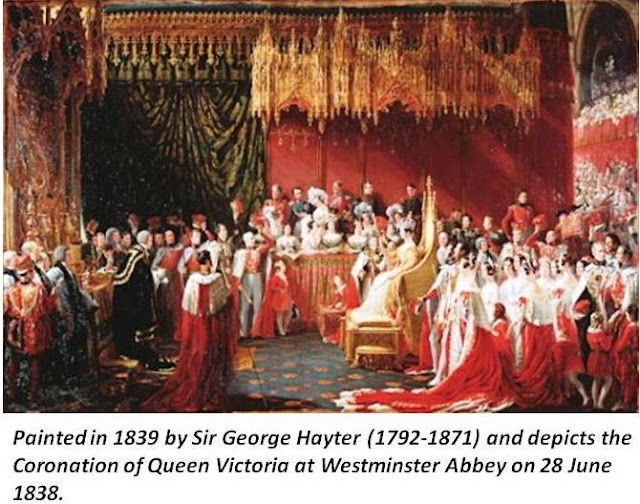 Here is The Globe newspaper coverage of the Coronation of Queen Victoria dated 28, June 1838. Also, a typed extract. Extract from The Globe newspaper, 28 June 1838 Coronation of Her Majesty Queen Victoria This Day St James’s- Street At this part of the line the crowd was excessive, the dark and heaving masses there, with outstretched necks and full of eager expectation, waited the approach of the procession. At about half-past ten it reached the corner of this street in the precise order in which it left the Palace. The appearance of the resident and foreign ambassadors, in their splendid carriages and gorgeous uniforms, many of which were picturesque and elegant, excited much admiration, and a running comment on the policies of their respective governments was freely indulged in by many who had scarcely indulged in anything else. The good humour of the crowd, however, found a congenial subject in the approach of the Duchess of Kent and attendants, and her Roy
2 comments
Read more

The Men in Dante Gabriel Rossetti's Circle: From Cheyne Walk to The Pines: Theodore Watts-Dunton and Henry Treffry-Dunn 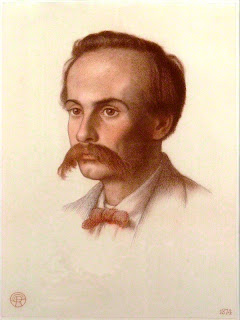 Theodore Watts-Dunton (1832-1914) was a critic, novelist, and poet born on 12 October 1832 in St. Ives, Huntingdon. He was educated at Cambridge. He published his first articles in the Cambridge Chronicle while working in his father’s law office. It was during the 1870s that he wrote articles about literature, becoming the leading critic on poetry for the Examiner and then, from 1876, the Athenaeum . He contributed to the ninth edition of the Encyclopaedia Britannica (1885). He wrote ‘ The Renascence of Wonder in Poetry ,’ that became the opening entry of the third volume of Chamber’s Cyclopaedia of English Literature (1903). These were both collected and published in book form two years after Watts-Dunton’s death.   The following years, Watts-Dunton published a novel, Aylwin , a prequel to The Coming of Love, where Percy’s cousin, the wealthy and well-born Henry Aylwin, is cruelly separated from his childhood sweetheart Winifred Wynne and embarks on a quest to find her, helped
4 comments
Read more

A Review of March, Women, March by Lucinda Hawksley 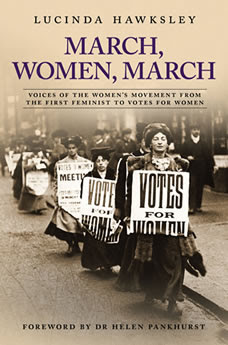 March, Women, March has been published to commemorate the centenary of the death of Emily Wilding Davison, the suffragette who died from her injuries after being dragged under the king’s horse at the Epsom Derby in 1913. It features diary entries, letters, anecdotes and propaganda – from both the suffrage and anti-suffrage movements – and traces the long, hard journey by which women in Britain moved from being the “property” of their fathers and husbands to gaining greater legal recognition and rights and, finally, to becoming enfranchised citizens with full voting rights. My Thoughts This is such a difficult review for me because I firmly believe every human being should read March, Women, March if only to understand what the suffragette movement was all about, culturally, politically, economically and socially; if only to understand why and how women such as, Florence Nightingale, Elizabeth Garrett Anderson, Annie Besant, Suffragist leader Lady Emmeline Pethick-Lawr
4 comments
Read more

Katey: The Life and Loves of Dickens's Artist Daughter by Lucinda Hawksley 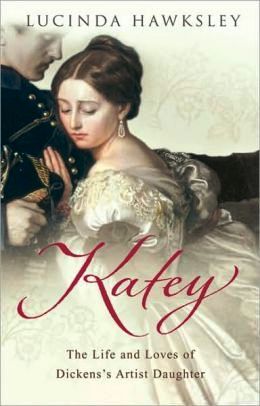 The intimate biography of Charles Dickens’s daughter, the artist Kate Perugini, written by his great-great-great-granddaughter.  Katey Dickens was a nineteenth-century artist and socialite, and the beautiful daughter of Charles Dickens. In this illuminating biography, Lucinda Hawksley, herself a direct descendant of the great novelist, recreates the life of an extraordinarily determined girl who defied Victorian convention to live and love as an independent woman. Blessed with a privileged upbringing, Katey Dickens pursued her love of painting, acted in her father’s plays, modeled for John Everett Millais and enjoyed a high profile in society thanks to her famous father. Yet she refused to be eclipsed by her father and fought to establish herself as an artist in her own right. Katey was driven to marry young by a turbulent family life, and following a sexless yet companionable marriage with Charlie Collins, brother of the famous author Wilkie Collins, she fell in love wit
6 comments
Read more

La Belle Dame Morris (1839-1914)~My Review of Jane Morris: The Burden of History by Wendy Parkins 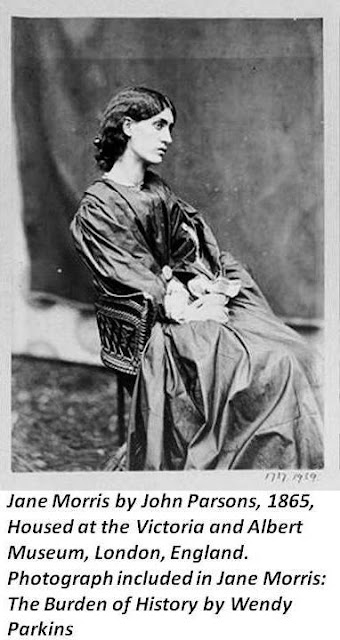 Jane Morris: The Burden of History by Wendy Parkins is NOT A BIOGRAPHY. Instead, author and Professor of Victorian Literature, Wendy Parkins, has written a socio-cultural study of Jane Morris (1839-1914) covering her life broken up into five chapter categories: Preface Introduction  Scandal - Jane Morris and her men Dante Gabriel Rossetti and Wilfrid Scawen Blunt Silence - Her reticence and myth of Indvalidism Class - Politics and Socialism Icon - Being Mrs. William Morris Home - Jane Morris at home and her creativity Why has there been relatively little scholarly curiosity about the woman who is credited with inspiring both Dante Gabriel Rossetti and her husband William Morris? Why have scholars and biographers seemed so easily satisfied with a simplistic account of the muse, the femme fatale , the morbid beauty? And is it possible to re-interpret the stories so that she is no longer just an ancillary character in the lives of famous men? These are the questions a
7 comments
Read more
More posts