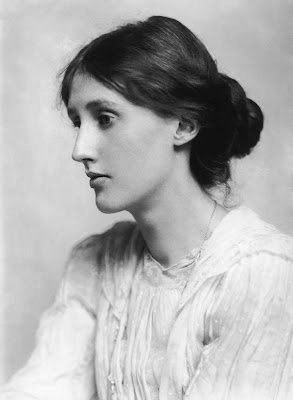 Virginia Woolf by George Charles Beresford
platinum print, July, 1902
What sort of diary should I like mine to be? Something loose knit and yet not slovenly, so elastic that it will embrace anything, solemn, slight or beautiful that comes into my mind. I should like it to resemble some deep old desk, or capacious hold-all, in which one flings a mass of odds and ends without looking  through them. 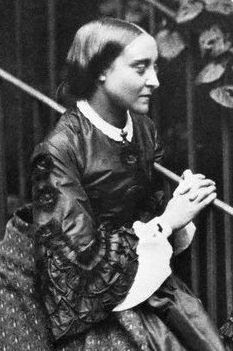 Christina Rossetti by Lewis Carroll
albumen print, 7 October 1863
National Portrait Gallery
1918
Monday, August 4th
Christina (Rossetti) has the great distinction of being a born poet, as she seems to have known very well herself. But if I were bringing a case against God she is one of the first witnesses I should call. It is melancholy reading. First she starved herself of love, which meant also life; then of poetry in deference to what she thought her religion demanded. There were two good suitors. The first indeed had his peculiarities. He had a conscience.She could only marry a particular shade of Christian. He could only stay that shade for a few months at a time. Finally he developed Roman Catholicism and was lost. Worse still was the case of Mr. Collins a really delightful scholar an unworldly recluse a single-minded worshiper of Christina, who could never be brought into the fold at all. On this account she could only visit him affectionately in his lodgings, which she did to the end of her life. Poetry was castrated too. she would set herself to do the psalms into verse; and to make all her poetry subservient to the Christian doctrines. Consequently, as I think, she  starved into austere emaciation a very fine original gift, which only wanted licence to take to itself a far finer form than, shall we say Mrs. Browning's. She wrote very easily; in a spontaneous childlike kind of way one imagines, as is the case generally with a true gift; still underdeveloped. She has the natural singing power. She thinks too. She has fancy. One could say she is profane enough to guess, have been ribald and witty. And, as a reward for all her sacrifices, she died in terror, uncertain of salvation. I confess though that I have only turned her poetry over, making way inevitably to the ones I knew already. 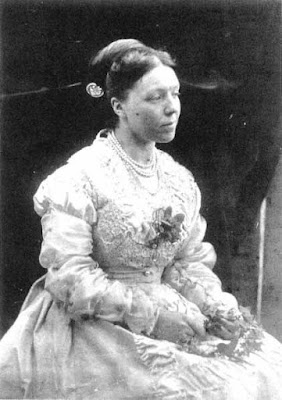 Anne Thackeray Ritchie
Daughter of William Makepeace Thackeray
Albumen print taken by Julia Margaret Cameron
Freshwater Bay, Isle of Wight, 1867
1919
Wednesday, March 5th
But oh, dear, what a lot I've got to read! The entire works of Mr. James Joyce, Wyndham Lewis, Ezra Pound, so as to compare them to the entire works of Dickens and Mrs. Gaskell; besides that George Eliot; and finally Hardy. And I've just done Aunt Anny on a really liberal scale. Yes, since I wrote last she has died, a week ago today to be precise, at Freshwater, and was buried up at Hampstead yesterday, where six or seven years ago we saw Richmond buried in a yellow fog. I suppose my feeling for her is half moonshine, or rather half reflected from other feelings. Father cared for her, she goes down the last, almost of that old nineteenth century Hyde Park Gate world. Unlike most old ladies she showed very little anxiety to see one; felt, I sometimes think, a little painfully at the sight of us, as if we'd gone far off and recalled unhappiness, which she never liked to dwell on. Also, unlike most old Aunts she had the wits to feel how sharply we differed on current questions; and this, perhaps, gave her a sense, hardly existing with her usual circle, of age, obsoleteness, extinction. For myself though she need have had no anxieties on this head, since I admired her sincerely; but still the generations certainly look very different ways. Two or perhaps three years ago L. and I went to see her, found her much diminished in size,wearing a feather boa round her neck and seated alone in a drawing room almost the copy, on a smaller scale, of the old drawing room; the same subdued pleasant air of the eighteenth century and old  portraits and old china. She had our tea waiting for us. Her manner was a little distant, and more than a little melancholy. I asked her about father, and she said how those young men laughed in a "loud melancholy way" and how their generation was a very happy one, but selfish; and how ours seemed to her fine but very terrible; but we hadn't any writers such as they had, "Some of them have just a touch of that quality; Bernard Shaw has; but only a touch. The pleasant thing was to know them all us ordinary people, not great men" And then a story of Carlyle and father; Carlyle saying he'd as soon wash his face in a dirty puddle as write journalism. She put her hand down, I remember, into a bag or box standing beside the fire, and said she had a novel, three quarters written, but couldn't finish it. Nor do I suppose it ever was finished; but I've said all I can say, dressing it up a trifle rosily, in The Times tomorrow. I have written to Hester, but how I doubt the sincerity of my own emotion!
- November 27, 2020