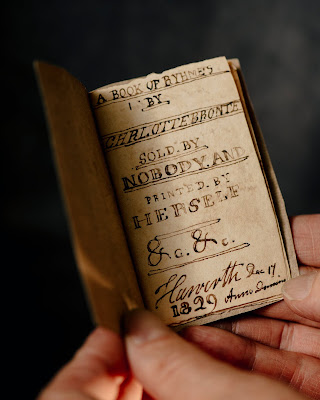 The title page of A Book of Rhymes by Charlotte Brontë. Images credit: James Cummins Bookseller. 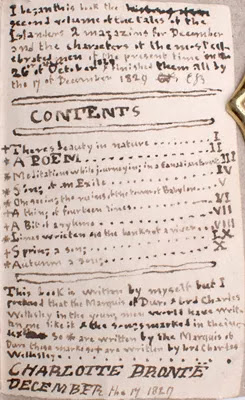 A Book of Ryhmes, a 15-page manuscript smaller than a playing card, is a collection of 10 poems written by Brontë at the age of 13, stitched in its original brown paper covers and dated December 1829.

The manuscript is well known in the world of Brontë scholarship: a mention appears in Mrs Gaskell’s Life of Charlotte Brontë (1857), from the transcription of Charlotte’s own handwritten catalogue of the books she wrote in 1829 and 1830. The titles of the 10 poems have been known, but the poems themselves have never been published, photographed, transcribed or even summarised.

Ann Dinsdale, principal curator of the Brontë Parsonage Museum, said: “It is always emotional when an item belonging to the family is returned home and this final little book coming back to the place it was written when it had been thought lost is very special for us.”

The museum has an extensive collection of Brontë works and in 2019 it bought an 1830 autograph miniature manuscript by a 14-year-old Charlotte when it was auctioned at Aguttes in Paris.

Written in minute characters in imitation of print, the tiny hand-sewn book is one of a series of ‘magazines’ created by siblings Charlotte and Branwell Brontë from January 1829 to August 1830.