My review of Talland House by Maggie Humm 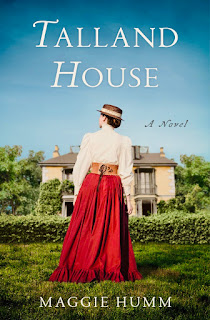 Royal Academy, London 1919: Lily has put her student days in St. Ives, Cornwall, behind her—a time when her substitute mother, Mrs. Ramsay, seemingly disliked Lily’s portrait of her and Louis Grier, her tutor, never seduced her as she hoped he would. In the years since, she’s been a suffragette and a nurse in WWI, and now she’s a successful artist with a painting displayed at the Royal Academy. Then Louis appears at the exhibition with the news that Mrs. Ramsay has died under suspicious circumstances. Talking to Louis, Lily realizes two things: 1) she must find out more about her beloved Mrs. Ramsay’s death (and her sometimes-violent husband, Mr. Ramsay), and 2) She still loves Louis.Set between 1900 and 1919 in picturesque Cornwall and war-blasted London, Talland House takes Lily Briscoe from the pages of Virginia Woolf’s To the Lighthouse and tells her story outside the confines of Woolf’s novel—as a student in 1900, as a young woman becoming a professional artist, her loves and friendships, mourning her dead mother, and solving the mystery of her friend Mrs. Ramsay’s sudden death. Talland House is both a story for our present time, exploring the tensions women experience between their public careers and private loves, and a story of a specific moment in our past—a time when women first began to be truly independent. 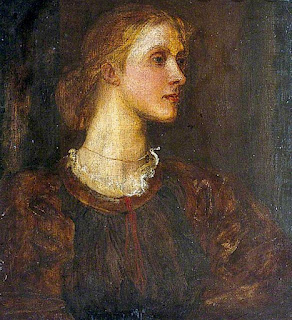 Closing her bedroom door, Lily felt her eyes moisten, thinking about the portrait. Here she was again, held in the aura of Mrs.Ramsay, not wanting to escape. Yet if she completed the painting, she would be free from her, and her mother, too, or at least they’d not be so continually present, if lives could be contained within a frame, a perspective, a brushstroke.
Grief is not a prerequisite for reading, Talland House by Maggie Humm; neither is Virginia Woolf’s, To The Lighthouse for that matter. The reader does not have to suffer parental loss to identify with Lily Briscoe’s character or friendship with Mrs.Ramsay which triggers reminders of her own deceased mother. Even though Lily is mourning her dead mother during her visit to Cornwall, it is her surprising brief friendship with Mrs.Ramsay that pulls Lily out of her sadness, that is until her unexpected death which leaves Lily with an unfinished portrait painting of Mrs.Ramsay to complete.
I felt as if I was meeting Lily for the first time. She was free spirited and carefree when painting as a part of her group while in St.Ives. The juxtaposition when she would visit Talland House and her conversations with Mrs.Ramsay were fascinating.
The novel itself is filled with wonderful art scenes as Lily Briscoe becomes a professional artist. I really enjoyed Lily and Louis possible love story carrying through to London, World War I between 1914-1918. Nothing is predictable in Talland House; not the parental themes of death and grief, not the love story and especially not the constant friendship between Lily and Emily. Talland House is an absolutely beautifully written refreshing story of love, life and grief.
Thank you to She Writes Press for my gorgeous paperback review copy.
Talland House by Maggie Humm is available now online in bookstores nationwide.

Princess Elizabeth Tudor miniature by Nicholas Hilliard
On 18 March 1554 Princess Elizabeth was imprisoned in The Bell Tower at The Tower of London by order of her half sister and ruling Queen of England, Mary I (Tudor) or (Bloody Mary) and as a result of The Wyatt Rebellion. Mary was determined to turn back the clock on twenty years of religious reform and make England a Catholic nation again. Elizabeth conformed outwardly to the Catholic faith. But she could not distance herself too much from her Protestant supporters. When Sir Thomas Wyatt led a rebellion in January 1554, matters came to an unpleasant impasse. Wyatt had written to Elizabeth that he intended to overthrow Mary but his letter was intercepted, as was a letter from de Noailles to the king of France. His letter implied that Elizabeth knew of the revolt in advance, and repeated rumors that she was off gathering armed supporters. The government was able to suppress the rebellion before it spread very far and Wyatt was arre…
Read more

"Whenever they speak of great men, they will remember Peter Abelard"  Heloise  "If I am remembered, it will be for this:  that I was loved by Heloise"  Abelard The tragic love story of Heloise and Abelard is one of history's most romantic love stories. It is the story of 12th century theologian and philosopher Abelard and the unabiding love for his student, twenty years his junior, Heloise.

As the story goes, nineteen year old Heloise is questioning human existence. For she is a truth-seeker and student of life and great abiding knowledge. At this time, only one man could become her teacher, Pierre (Peter) Abelard, twenty years her senior. Abelard is a well-known theologian and philosopher in 12th century Paris, France. He becomes her teacher and they discover mutual spiritual and physical desires metered by her intelligence and wit. They fall deeply in love, against all the odds.

When Heloise tells him she is pregnant, they flee to Brittany where Abelard was bo…
Read more