I've been reading up on the patriarch of The Rossetti Family:  Gabriele Rossetti (1783-1854) out of curiosity. I've just started reading, Dinah Roe's family tome, The Rossettis in Wonderland, and my curiosity has been running wild!

So, I am including a few fun tidbits from father of Poet, Christina Rossetti and painter and poet, Dante Gabriel Rossetti.  First a bit of background: 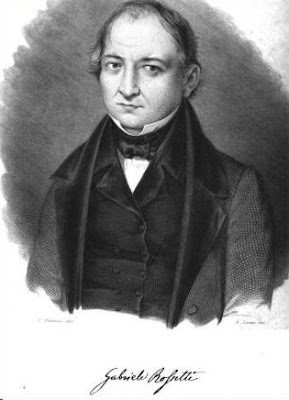 Having settled in London, he married Frances Polidori in 1824 and became Professor of Italian in Kings College. He also published two works on Dante. Later in life, one of his sons, William Michael Rossetti, published his memoirs and letters.

One Stanza from poem
Life In Italy by Gabriele Rossetti,

My children, grow, grow up to patriot love
In you the blood and name of me is stored
To England from Abruzzo transmigrate.
Free you were born, and I was born a serf.
O Providence! Mine exiled seemed to me
To dive injustice of a Fate my foe;
But, if mine exiles was to prove
A family like this, I bless the ban.
Yes, for they deadly rage which hurled me forth,
Perfidious Bourbon King, I give thee thanks. 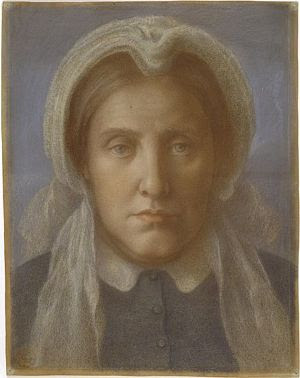 Frances Polidori was the daughter of Gaetano Polidori. She was English on her mother's side and Italian, from Tuscany, on her father's side. The Polidori's were a prominent family with ties to some who would become some of the greatest Romantic poets of our day. She married Gabriele Rossetti and had four children all academics and poets in their own right:
Maria Rossetti, Christina Rossetti, Dante Gabriel Rossetti, William Michael Rossetti.

Every word you wrote pierced like a dagger into my heart. My sweetest Gabriel, there is so ill! My baby Christina suffers with her teeth and has wounded her forehead! Oh my poor children! If the distance were less great, I would come immediately to see my four treasures, and you, my beloved wife, who must be immeasurably afflicted, as I am myself. Good-bye, dearly loved, Frances, I am going to bed for it is 1 o'clock. I bless one by one the infant pledges of our love, and invoke on them health and prosperity. Kiss them for me, speak about me to them, and along with theirs-preserve your precious health, which is my greatest treasure.

Your most affectionate husband,
Gabriele Rossetti 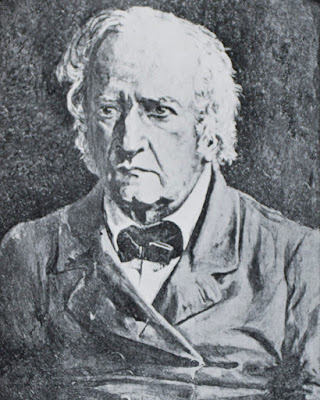 Oh that I had two arms as long as from here to Holmer Green! You would find your neck clasped of a sudden by the warmest marital embrace, and you would then be softly seized hold of and deposited in Charlotte Street, saving you the trouble of the journey by road: Yours should be aerial...The true one treasure of my life is my dear Frances, and to restore her to me renewed in health is to restore my existence. Good-bye to the better portion of myself. Three days hence you, by God's help, will be here with me and I will prove to you how much you are loved by

In closing, while reading through my source material; the opening pages consisted of a copied handwritten letter from Dante Gabriel Rossetti, painter and poet, to his mother, Frances Rossetti, a month before his wedding. He talks about his girlfriend, Elizabeth Siddal 'Lizzie'  which he spells (Lizzy not Lizzie), her ill health, and his concerns. The typed version is below the handwritten letter. 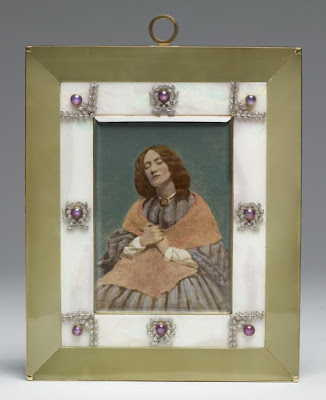 This miniature is in fact a photograph (probably an albumen print) painted over in gouache. The over-painting has been attributed to Elizabeth Siddall's husband, Dante Gabriel Rossetti, the English poet and founding member of the Pre-Raphaelite Brotherhood, formed in London in 1848. The lavish frame in gold, opal, sapphires and diamonds (made in London) was added in 1906 by J. Pierpont Morgan, a previous owner, and it was cataloged by G.C. Williamson in the same year as "Mrs. Rossetti." The story attached to the photograph is that, after Siddall's death in February 1862, Rossetti gave it to a nurse who had attended at the birth of Siddall's still-born child, and that it passed to the nurse's daughter, who in difficult financial times sold it to a clergyman (see G.C. Williamson, "Catalogue of the Collection of Miniatures, the Property of J. Pierpont Morgan," vol. 2, London: Chiswick Press, 1906, p. 116). This story is also told by Williamson with some variations in "Mr. J. Pierpont Morgan's Pictures, the English Miniatures, V.," Connoisseur, 8:70, June 1907, pp. 71-76, p. 75; "Stories of an Expert," 1935, pp. 36-39; and "The Cases of an Art Expert, II, The Rossetti Miniature," Country Life, 80, 11 July 1936, p. 35-6.). The costume is correct for ca. 1860 and the portrait shows strong resemblances to Siddall as depicted in several studies and paintings by Rossetti. The pose recalls the posthumously completed painting "Beata Beatrix" (ca.1864-70), Tate Britain, London, N01279. --  Archived at The Walters Art Museum, Baltimore, MD. 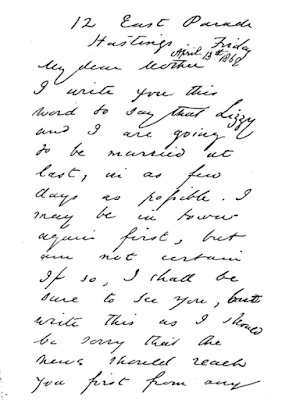 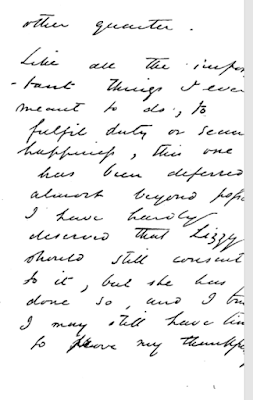 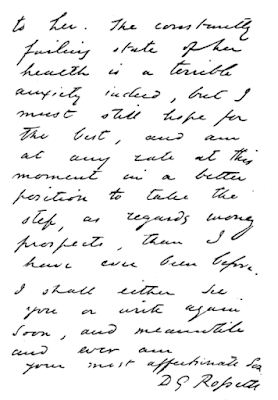 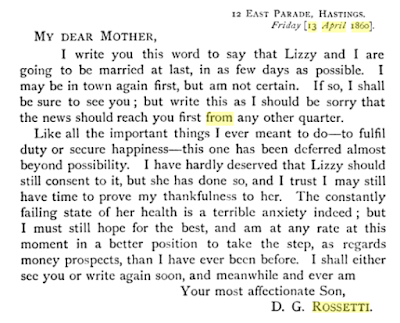 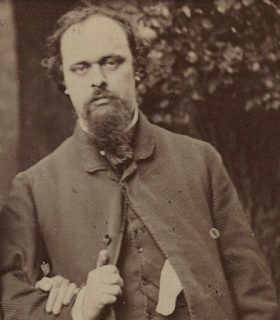