Review: The Lost Flowers of Alice Hart by Holly Ringland 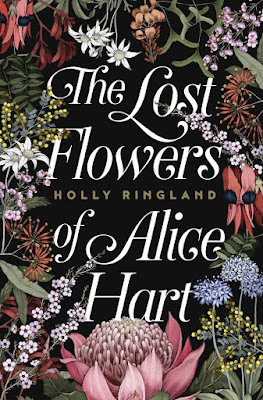 The most enchanting debut novel of 2018, this is an irresistible, deeply moving and romantic story of a young girl, daughter of an abusive father, who has to learn the hard way that she can break the patterns of the past, live on her own terms and find her own strength.
An enchanting and captivating novel, about how our untold stories haunt us - and the stories we tell ourselves in order to survive.
After her family suffers a tragedy, nine-year-old Alice Hart is forced to leave her idyllic seaside home. She is taken in by her grandmother, June, a flower farmer who raises Alice on the language of Australian native flowers, a way to say the things that are too hard to speak.
Under the watchful eye of June and the women who run the farm, Alice settles, but grows up increasingly frustrated by how little she knows of her family's story. In her early twenties, Alice's life is thrown into upheaval again when she suffers devastating betrayal and loss. Desperate to outrun grief, Alice flees to the dramatically beautiful central Australian desert. In this otherworldly landscape Alice thinks she has found solace, until she meets a charismatic and ultimately dangerous man.
Spanning two decades, set between sugar cane fields by the sea, a native Australian flower farm, and a celestial crater in the central desert, The Lost Flowers of Alice Hart follows Alice's unforgettable journey, as she learns that the most powerful story she will ever possess is her own. 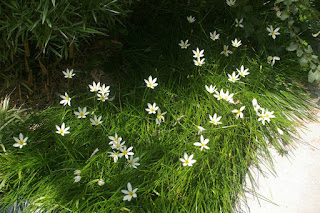 "One hot afternoon in the kitchen at home, Alice had sat at her mother's feet reading a book of fairytales while Agnes made dinner. Fairytales taught her that when it came to family, things weren't always as they seemed. Kings and queens lost their children like they were odd socks, not finding them again until they grew very old, if they ever found them at all. Mothers could die, fathers could disappear, and seven brothers could turn into seven swans. To Alice, family was one of the most curious stories of all. Overhead, the powdery flour her mother was sifting drifted down onto the pages of Alice's open book. She'd caught her mother's eye. Mama, where's the rest of our family?

Agnes dropped to her knees, holding her finger over  Alice's lips. Her eyes darted past Alice toward the lounge room where Clem snored softly. It's just us three, Bun, she said. It always has been. Okay?"

What is your saving grace when you are a married woman being beaten by your husband? What do you do when you have a nine year old daughter, Alice and another on the way?  When the sound of the car engine outside your home makes you shake, his footsteps, his eyes, his scent; everything about him terrifies you but you are keeping a family secret, one that will devastate those you love. So, out of protective duty and love you stay knowing that you will not live much longer.

For Agnes Hart, her only solace comes when tending her garden. It comes when teaching her nine year old daughter, Alice about flowers i.e. planting them and understanding their symbolism., meaning and hidden secret language.

Immediately, I was drawn to the language of flowers. Being a lover of how the Victorians used it to communicate secretly. However, author,  Holly Ringland does something completely different. Not only do the flowers tell a story, hold a family secret but they keep a mother-daughter bond steadfast, even beyond the grave.

I know what it feels like emotionally and physically to lose your mother at a very young age. I understand nine year old Alice's behavior in the way she never leaves her mother's side, the way her eyes follow her everywhere, the ache to want to protect her and save her knowing you can 't. Then for Alice it becomes a lifelong journey of finding herself, while possibly making some of her mother's mistakes. When Alice meets her grandmother she finds a family home, Thornfield and more flowers that become her family.
I really became fascinated with the Thornfield /June chapters that became vital in Alice's story. I could identify with a grandmother stepping in to help raise Alice as well. Holly Ringland has created such complex characters of substance while bringing their scars to the surface making it impossible for me to completely hate Clem or June later on. I found myself longing to stop by Thornfield for some home cooking and flower lessons. I wanted to pull up a chair, pet the dog, chat with the female flowers too!

The Lost Flowers of Alice Hart is a complex family saga unlike any I've read before. I was proud of the woman Alice Hart became; although, I wanted to shake her by the shoulders when she met Dylan.

I can't wait for Holly Ringland's next novel. Her writing is beautiful. She writes a complete story that isn't wrapped up with a pretty bow at the end and I'm relieved for it.