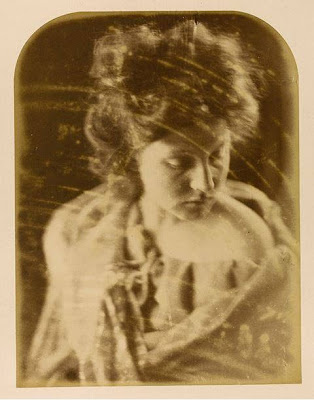 Mary Hillier, maid to Julia Margaret Cameron. Photographed by Mrs. Cameron
One of the images coming up for auction at Sotheby's (London) in December, 2013

For more information about this auction, Sotheby's

Now, where have I seen Mary Hillier before? She looks so very familiar. 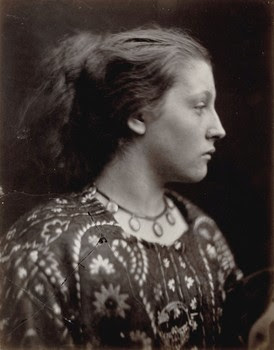 Ah yes, Mary Hiller, Cameron's housemaid as Sappho, 1865Julia Margaret Cameron
This is how I saw her at The Metropolitan Museum of Art exhibit

She is perhaps the most recognizable in this image 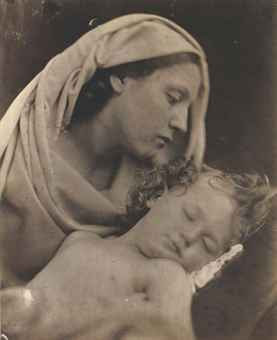 "Mary Hillier often known as 'Madonna Mary' after her best known role. Two photographs she described on the copyright registration form in May 1864 as 'Mary Hillier as Madonna' were among the first ten photographs that Cameron ever registered and they figure in the Watts album of her earlier works.  Mary Hillier was a Freshwater native whose sister and brother worked for Tennyson at Farringford. In 1861, at age fourteen, she started in service for Cameron. Cameron was generous about sharing credit with her and paid tribute to her beauty of mind and face in Annals of My Glass House. "  Julia Margaret Cameron said of Hillier, "The very unusual attributes of her character and complexion of mind, if I may so call it, deserve. mention in due time, and are the wonder of those whose life is blended with ours as intimate friends of the house."  However, Mary Hillier herself said once during an interview in 1920 that she "considered sitting for Cameron just one more duty imposed by a rather eccentric employer."  From Life Julia Margaret Cameron and Victorian Photography by Victoria C. Olsen

would love to own this

What beautiful photographs, some of them look quite ghostly! 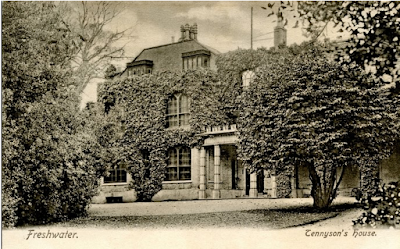