Terror of the Soul comes from a phrase Poe wrote in his preface to Tales of the Grotesque and Arabesque and is the name of the Edgar Allan Poe exhibit currently running at The Morgan in Manhattan, New York.  This is a true Poe exhibit. Here you will not find letters, painting portraits, from his wife, Virginia Poe or fellow authoress, Frances Osgood. There was a mention of Poe’s friend and enemy Griswold in a letter but it is strictly a male dominated exhibit.  For instance, within the two rooms are featured framed on the wall Poe’s handwritten works Annabel Lee and The Bells, one of the earliest printings of ‘The Raven’, three copies of Tamerlane, his earliest published work, the first printing of The Cask of Amontillado. Some lesser known works such as A Reviewer Reviewed which is a never-before-exhibited piece he wrote under a pseudonym and his annotated copy of his last published book, Eureka are here. 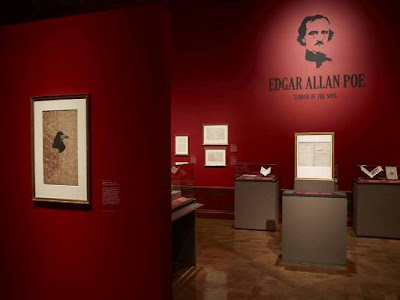 Let’s get to some of my favorite pieces…

Now, I could have sworn that I read in one of the magazine exhibit mentions that Edgar Allan Poe's coffin was going to be included in this exhibit. I believe it was in his museum in Baltimore but there was no coffin, here! The Gothic lover in me was intrigued and fascinated at the same time to have an opportunity to cast my eyes upon such an item. In fact, I was tempted to title this review, "Damn, No Coffin!"  There was under glass a wood fragment with Poe's faded signature on it, supposedly from his coffin featured in this exhibit along with a bust of Poe in the corner of the room.  The bulk of this first room shared space with a smaller exhibit of J.D. Salinger letters, so I walked into the larger red walled room featured above...Here was Utopia...to the right side of this photo was a recent portrait of Poe that was featured by the artist on a stamp. Not a nineteenth-century painting and the only painting included it was beautiful to behold. For me, the highlight were the daguerreotypes featured and the author letters under glass...but I'll get there! 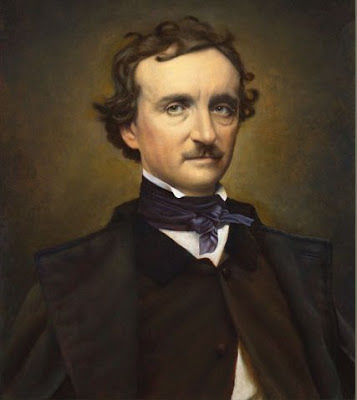 You will find three daguerreotypes included in this exhibit. Two are my favorites and are just really fascinating for different reasons. One image of Poe’s face represents Terror of the Soul; this is the “Ultima Thule” daguerreotype. It was made four days after Poe took an overdose of laudanum which is looked upon as an attempt to take his life. Matthew Brady was believed to be the photographer but it is a myth which some believe not to be true.  As is the case with Edgar Allan Poe, not every aspect of his life is proven. 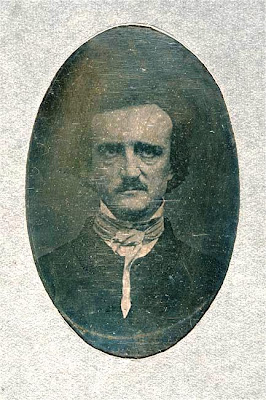 The second daguerreotype was a beautiful smaller image of Poe in a black leather case. William Pratt opened the Virginia Sky Light Daguerrean Gallery in Richmond in 1846, seven years after the daguerreotype was introduced to the United States. According to Pratt, Poe never fulfilled a promise he once made to pose for him until they bumped into each other on a sidewalk in front of his gallery in mid-September 1849. Poe said he was not suitably dressed but was coaxed upstairs and photographed. The image shows a man, as disheveled as he claimed to be, with a haggard face betraying his emotional condition. Poe died in Baltimore three weeks later. Pratt held a patent on a daguerreotype coloring process, used to impart flesh tone to Poe’s face and hand. 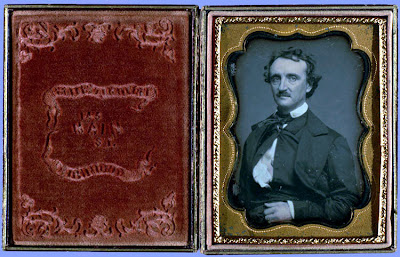 
An interesting section of the wall housed framed photographs of some of Poe’s fellow admirers such as:  Oscar Wilde, Sir Arthur Conan Doyle, Walt Whitman and even George Bernard Shaw!  Also, autographed manuscripts are displayed under glass: Robert Louis Stevenson’s The Strange Case of Dr. Jekyll and Mr. Hyde (1885), Oscar Wilde’s, ‘The Picture of Dorian Gray’ 1896), Sir Arthur Conan-Doyle’s, ‘The Hound of the Baskervilles. 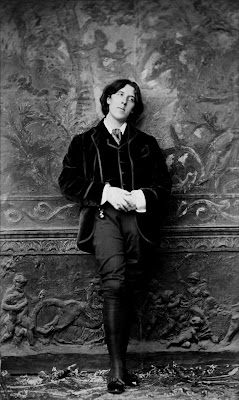 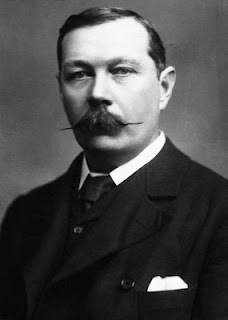 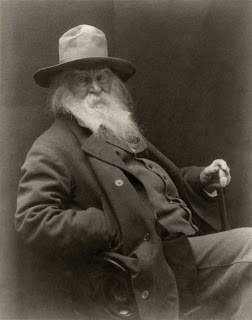 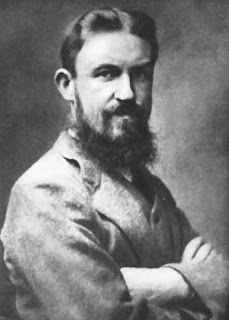 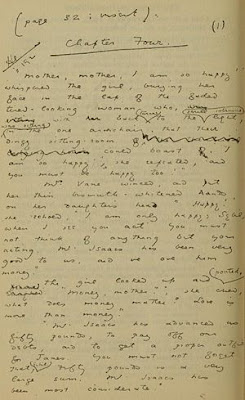 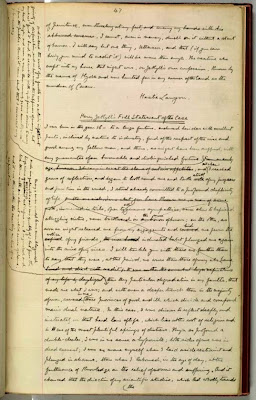 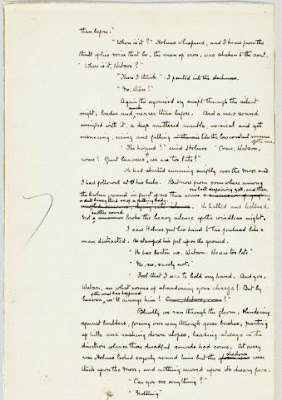 My favorite Conan-Doyle story, 'Hound of the Baskervilles' Autograph Manuscript 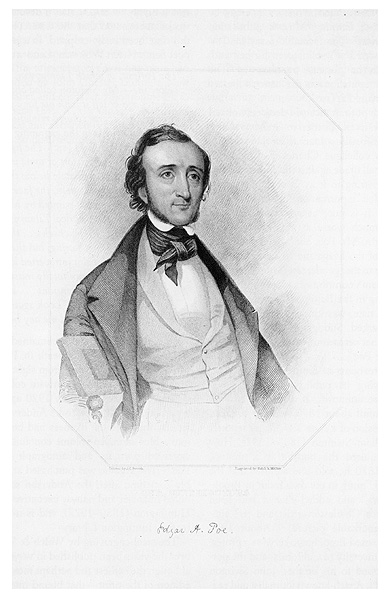 An interesting engraving found on the wall of Edgar Allan Poe by Thomas B. Welch and Adam B. Walter, 1844, from Graham's Magazine 27, February 1845.
Edgar Allan Poe said of this steel engraving, 'It scarcely resembles me at all!'

The highlight might have been Poe's handwritten poem, Annabel Lee

Kimberly Eve said…
I loved this exhibit and I think even if you're not necessarily a fan of Poe's works, you should see it. The Morgan did a fabulous job on this one! Thanks for stopping by and commenting, Hermes and Jeanne!
October 19, 2013 at 10:24 AM

Kimberly Eve said…
Hi Kevin,
You better hang on to your handwritten manuscripts; you never know they might be hanging in a museum one day!
October 22, 2013 at 9:04 AM

“ This splendid young woman, in the triumphal glow of beauty and genius…A superb forehead over two magnificent eyes of a dark blue that we rarely see outside of novels…this large mouth, more proud than sensual, this powerful mass of chestnut hair, the true chestnut called auburn by the English, and which fell down her back. An impressive air of courage, directness, superiority, gaiety.   One who was endowed with much .”   Paul Claudel from Ma Soeur Camille, Camille’s brother. In a small town nestled among the fields and rolling hills of the Champagne region, in Fere-en-Tardenois, France, Camille Claudel was born on the 8 th of December in 1864 to Madame Louise-Athanaise Cervaux Claudel and Louis-Prosper Claudel, a French middle class family.   Camille proved to be more like her father in nature, imaginative, quick-tempered, and with a sarcastic sense of humor.   Monsieur Claudel received a humanistic education in a Jesuit school and possessed a substantial classical libr
Read more